Villains Wiki
Register
Don't have an account?
Sign In
Advertisement
in: The Amazing World of Gumball Villains, Predator, Animals,
and 18 more

Pet turtle of the Wattersons (formerly)

Terrorize and cause chaos across Elmore.
Kill the Wattersons (both failed).

The Evil Turtle is the former pet turtle of The Wattersons and the primary antagonist of the episodes "The Puppy" and  "​The Nest" of The Amazing World of Gumball.

Her vocal sound effects were provided by Dee Bradley Baker.

The Evil Turtle is a Soft-shelled turtle that is very aggressive around everybody. Like Mr. Cuddles, the Evil Turtle has a huge hatred of Gumball and has a tendency of biting him and other people. Gumball even said the turtle was "Evil Incarnate".

Richard Watterson got the turtle (confusing it for a puppy) from a mysterious man and gave it to Gumball, Darwin, and Anais, who were frightened of picking up the turtle as she bit off Gumball's face in one instance.  Seeing this, Richard tried to give the turtle back to the man, who disappeared before Richard could give the turtle back. Darwin accidentally left the turtle too long in the heat, presumably killing her, but as Darwin's tear hit the supposedly dead turtle's body, the turtle got revived and went on a rampage. She even survived getting hit by a car. Gumball stated the turtle lives on misery. The turtle then begins to terrorize Elmore. Anais and Darwin were going to lure the Evil Turtle and trap her with turkey drumsticks, but since Richard ate all of them they decide to use Gumball as bait instead. It almost works, but Gumball runs from the Evil Turtle as she is chasing him, ruining the plan. Darwin (having been dragged by the Evil Turtle into the swamp and really angered at the turtle) stops the turtle from biting Gumball by kicking it as revenge into a rack of lit fireworks, supposedly killing her for good as Gumball and Darwin quickly escape. Unfortunately for the Wattersons, the Evil Turtle manages to survive the explosions and tries to attack them. Luckily, Anais traps the turtle with a glass cup and a card, stating that the only way to make sure Elmore is safe is to keep the turtle for the rest of their lives, and that the turtle can live to be over 130 years.

She later made cameo appearances in The Name, The Burden, The Man, and The Nemesis.

Evil Turtle can move very fast. She is also very indestructible, as she can even survive getting hit by a car and an explosion. 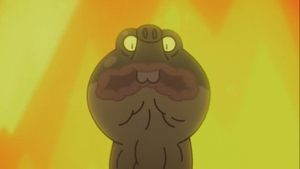 The Evil Turtle's Evil Glare and Evil Laugh, a reference to Hannibal Lector. 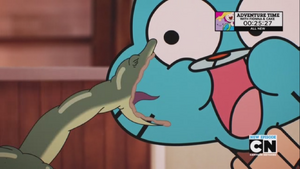 The Evil Turtle about to bite Gumball's face off. 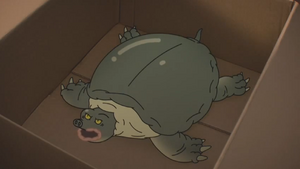 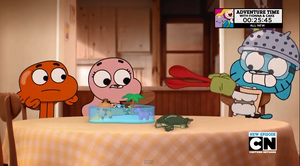 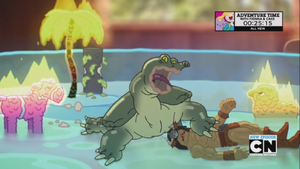 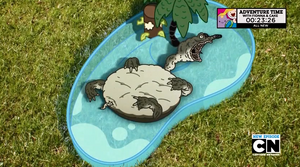 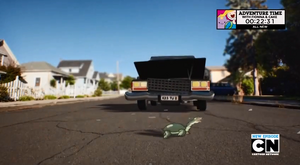 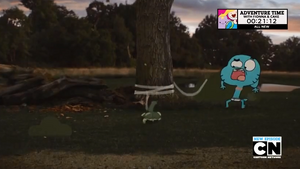 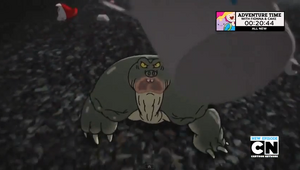 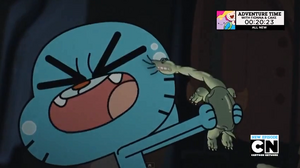 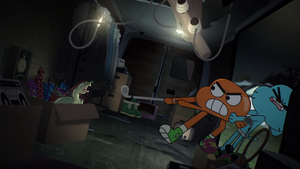 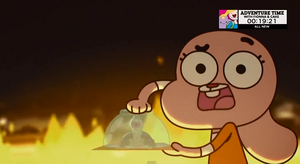 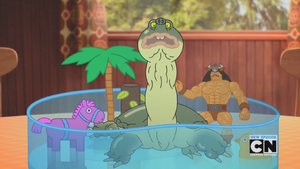 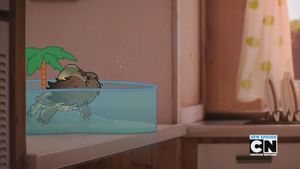 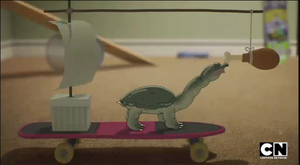 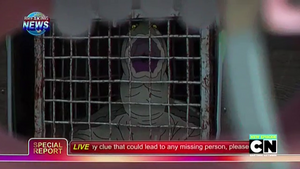 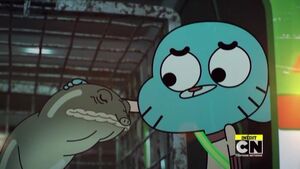 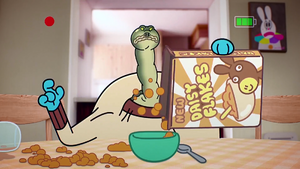