Threatening the Human Order with their varied atrocities

Lovecraftian Monsters
The Evils of Humanity, also known as the Human Evil and the Beasts of Calamity are the main antagonists in the entire Fate/Grand Order and even the entire Nasuverse as a whole.

They were first mentioned in Fate/Prototype by mentioning the Beast of Revelation, the biblical Anti-Christ who served as the overarching antagonist of Fate/Prototype. They are also the archenemies of every Grand Servants and the reason of their presence.

The Human Evil are the ultimate targets of Grand Order, and transcendental enemies that Heroic Spirit Summoning was originally meant to combat, classified as Beast-Class Servants (otherwise known as the Beasts of Calamity), are seven great threats to the continuation of human order. While they have varied motivations and aren't a "group" as such, their defining characteristic is that their existence and motives pose an existential threat to humanity as a whole.

They are existences fueled by aspects of Humanity themselves (thus their name - "Evils of Humanity") and accumulate more power as mankind advances. As such they are transcendentally powerful, and while they're technically "Servants" due to their nature, they are powerful enough to not only survive but manifest themselves without any need of a Master.

Beast III-R, formerly known as Kiara Sessyoin, is the infantile stage of the Third Beast, representing Desire. It acts as the main antagonist of the SE.RA.PH chapter.

In the world of Grand Order, the human Kiara Sesshouin was a simple therapist with some interest in computer science and an ordinary job working for the Chaldea Foundation on its Seraphix deep-sea platform.

However, in another life, she was a narcissistic and masochistic cult leader devoted to a twisted religion of desire, and a skilled computer hacker who hacked the Moon Cell Automaton with the goal of usurping its omnipotent power and imposing her twisted ideal of love upon the world. She would seize the power of creation itself and ascend to something close to a true demon, the embodiment of "All The Desires Of The World", only to be defeated.

When the Demon Pillar Zepar attempted to find refuge on Seraphix following the defeat of Goetia, it used its knowledge of these "possibilities" to show an ordinary human what she could have been. As a result, one of the Evils of Humanity, once vanquished at the heart of the moon, instead discovers it may be able to walk the Earth at long last, with the aid of one of Chaldea and Marisbury Animusphere's darkest secrets.

The Beast of Revelation is the overarching antagonist of Fate/Prototype. It was second Servant of Manaka Sajyou. Being the embodiment of the sins and desires of humanity, it's materialization is apparently the true purpose of the Holy Grail.

Its true form is the red seven headed, ten horned Beast ridden by the golden Whore of Babylon. Its initial form is a sea of black mud that is desperately attempting to give shape to its body, starting with its seven brains and jaws.

Throughout the story of Fate/Grand Order, Arthur Pendragon from Fate/Prototype has been hopping through dimensions to hunt. It has been killed twice, in 1991 and 1999, but it keeps coming back. It's heavily associated with the Anti-Christ in popular fiction and one of its skills is Nega-Messiah. As a result, there have been indications in side materials that if it manifests in full, Nero Claudius would have some kind of relation to it.

In Fate/Grand Order Arcade, there are implication that Beast VI, or at least one side of it, was responsible for the Arcade Timeline's event, which diverted itself from the main course starting from the American Singularity and had Jerusalem Singularity occured without interruption.

Beast VII - VII of the End

Beast VII, also known as the Beast that Announce the End, the Evil of the End and the VII of the End, is a Beast-Class Servant mentioned in Chapter 14 of the Final Singularity, speculated to be the overarching antagonist in Fate/Grand Order as a whole.

Gilgamesh states that after the prescence of Goetia, the VII of the End will have appeared somewhere in the world, as their manifestations are in some way interlinked. Any world in which an Evil of Man has manifested is said to tend unto the so-called Evil of the End, and thereby visited with accumulating calamities.

In Olympus Lostbelt, it is revealed that the Alien God is actually the VII of the End itself. 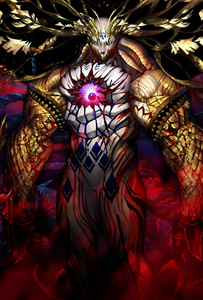 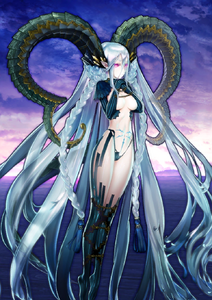 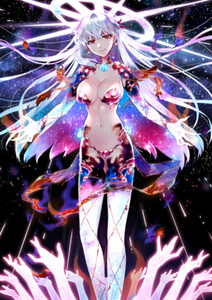 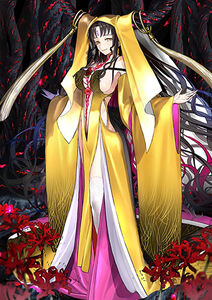 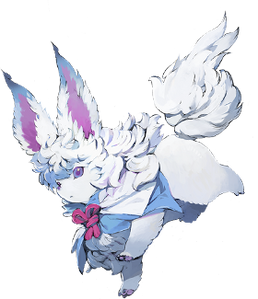 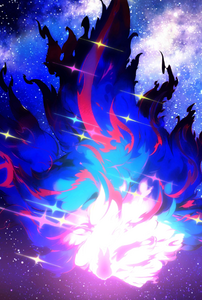 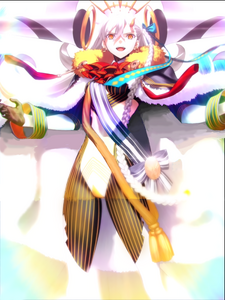