Undead Ghost
The Executioner is an unnamed minor character in the popular Disney Parks ride The Haunted Mansion, which appears in Disneyland in California, Walt Disney World in Florida, and Tokyo Disneyland. He is the ghost of a long-dead executioner that resides in the mansion's graveyard.

Unlike most of the mansion's ghostly residents, the Executioner is surrounded in mystery. Little is known about his life, except that he was a giant man tasked with execution via beheading, where he would use his giant axe. It is widely believed that he is responsible for the death of the Beheaded Knight character, whom he stands next to in the graveyard. As the Beheaded Knight is a heroic character, it is believed that the Executioner worked under an evil monarch who had him decapitated.

It is unknown how the Executioner died, but his spirit made its way to the Haunted Mansion. There, he met up with the Beheaded Knight, and the two seemingly reconciled, as they stand together with Gus and sing in the graveyard.

The Executioner appeared in the episode "House Ghosts", teaming up with the Hitchhiking Ghosts, the Lonesome Ghosts, the Hatbox Ghost, the original Bride, and skeletons to perform Grim Grinning Ghosts and scare the daylights out of Pete, chasing him around while mentally tormenting him.

The Executioner is a very mysterious character, with little known about his personality. It is shown that he is an affable individual, as he harbors goodwill towards anyone, even former victims, after his death. Though in life he is assumed to have been cold and uncaring, he seems to have left all of that to become relaxed and laid-back. However, as House of Mouse showed, he dos have a bit of a mischievous and even sadistic side, grinning at Pete, who is terrified of him. 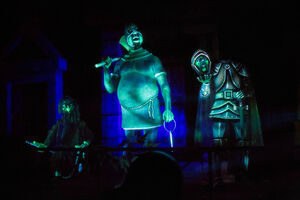 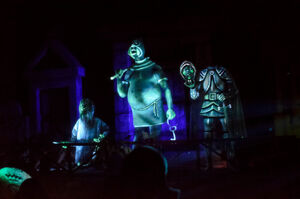 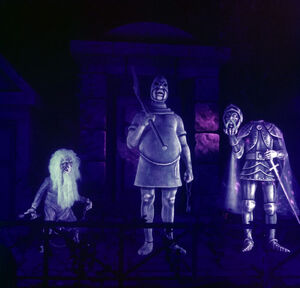 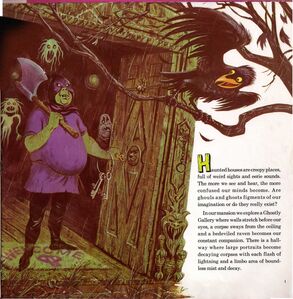 Thye Executioner in Story and Song of the Haunted Mansion. 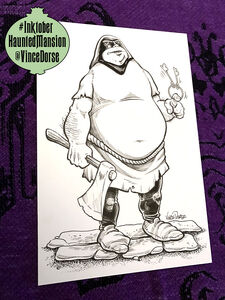 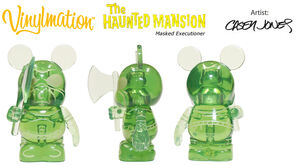 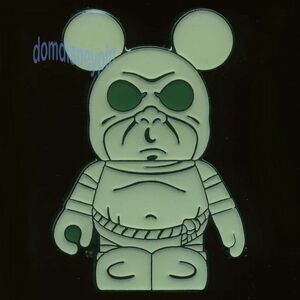 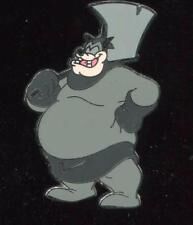 Pin featuring Pete as the Executioner. 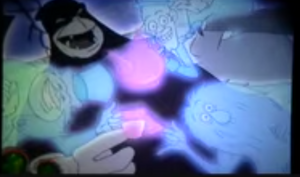 The Executioner having tea with the Hitchhiking Ghosts 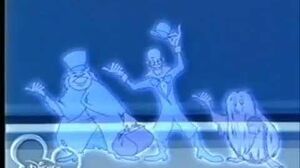