Destroy Earth to accomplish this (failed).

Reckless Dash Emperor Exhaus was the main antagonist of the series Gekisou Sentai Carranger. He appears as a giant in space and makes the Bowzock's Baribariban base (which is significantly bigger than the International Space Station) look small compared to him. His ultimate goal is to build a universal highway and destroy all the planets in the way of his project, including Earth.

Exhaus was voiced by Osamu Kobayashi.

Prior to the series, Exhaus posed as a fortune teller named Suzogue and tricked a space biker named Gynamo into thinking he can amass good luck if he and gang blow up a planets that are located at areas that Exhaus intended to built his intergalactic highway on. Before he introduced himself to the Bowzock, Exhaus arranged to poison Planet Police with a noxious five-colored gas which warps Signalman's mind and make him help the Bowzock. But once Signalman is restored, Exhaus takes matters in his own hands by giving the Bowzock various special weapons and giant robots to aid them.

Upon discovering a once-in-a-million years phenomenon where the constellations that give the Carrangers their powers are weakened, Exhaus uses the Bowzock to distract the Carrangers long enough so he can steal their constellations and render them powerless. In turn, having no more need for the Bowzock, Exhaus sends their Baribarian satellite to Earth to take destroy both. However, when the Baribariban is saved by Sirender at Beauty Zonette's insistence, the Bowzock let the Carranger smash their base into Exhaus so they can release the car constellations and, likewise, their Carmagic which seemingly kills Exhaus. Unfortunately, Exhaus survived by absorbing the evil energies of the entire universe into his body to assume a fighting form called Exhaus Super Strong that is durable enough to withstand the self destruction of VRV Robo pointblank without a scratch. However, once fed stale imo-youkan by Gynamo, Exhaus shrank to human size so the Carrangers could finish him off. Using thier Crew Magic attack, where the whole team turn into thier RV Vehicles and tear through the enemy, the Carrangers obliterate Exhaus' body in an instant. His soul then flew up into vast outer space where he turns into dust alongside his highway, saving the Earth.

Exhaus was traitorous, ruthless, sadistic, cruel, and insane by nature. Desiring power, he was willing to do whatever it takes to get it. He was also arrogant and egomaniacal, considering others to be garbage of the universe, while also possessing a god complex, viewing himself as superior than everyone else. 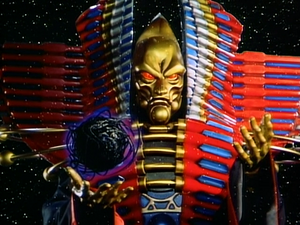 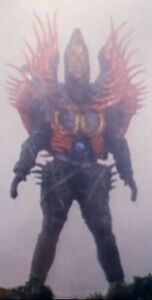 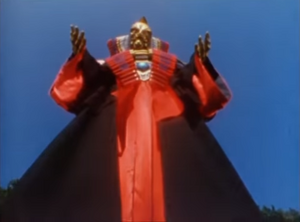 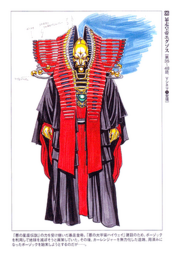 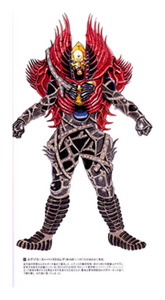