Dimensional gateway to the Smithy Factory

Servant and ally of King Smithy

Guarding the interdimensional passage to the Smithy Factory.

Attacking anyone who dares to confront him.

Assist King Smithy and the Smithy Gang in their conquest to eliminate wishes and conquer the Mushroom World.

Prevent Mario and his allies from reaching the Smithy Factory (both failed).

Exor, also known as Exor the Sword, is the central antagonist of Super Mario RPG: Legend of the Seven Stars. He is a giant sentient sword in charge of being the gateway between the Mushroom Kingdom and the Smithy Factory.

Exor first appeared descending to King Bowser's Keep when he destroyed the Star Road and thus spreading the Seven Stars. This causes that the wishes from the world cannot be done, while Exor settles on Bowser's Castle causing a great crash. This crash also sends Mario, Princess Peach Toadstool, and Bowser away. Then the Smithy Gang take over the Koopa lord's castle as their main base on the Mushroom Kingdom.

Exor is later seen when Mario returns to Bowser's Keep just to learn from Exor that the palace now belongs to the Smithy Gang and destroys the bridge to prevent anyone to return in while Mario escapes from the place in time. Once Mario gets six Stars, he and his party will return to Bowser's Keep in a bus driver from Nimbus Land. When they reach to the roof, they will confront Exor in a battle which Exor loses. Exor then transports them into the Smithy's Dimension where the Smithy Factory is located.

When Smithy and his gang are finally defeated, Exor dissolves, disappearing from Bowser's Keep. 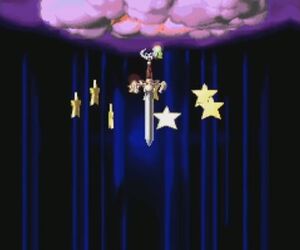 Exor dropping from the sky. 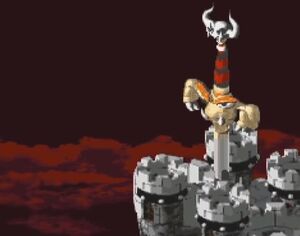 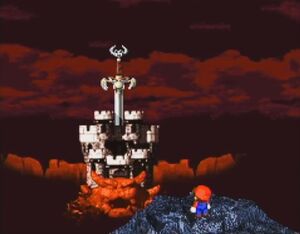 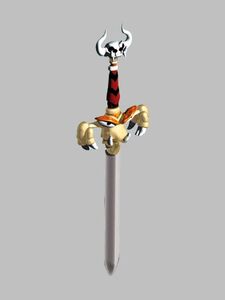 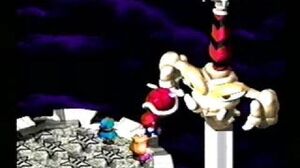