Lycanthrope
Experimental Wolf Man was one of the Wolf monsters produced by Shocker's "Operation Wolf" hatched by Colonel Zol and an antagonist in episode 39 of Kamen Rider.

He was voiced by Osamu Ichikawa.

Experimental Wolf Man was born out of a test run of Shocker's Operation Wolf on an unnamed man. After being captured by Shocker Combatmen, Wolf Man was conditioned into a Shocker Agent and sent out to capture a girl who had learned of Operation Wolf from witnessing Wolf Man. However, Kamen Rider 2 intervenes and saves the child before Wolf Man flees back to the Shocker base, where he is killed when his self destruct is activated.

Experimental Wolf Man was one of the monsters who were part of the endlessly reviving army of Shocker kaijin summoned by Kuroto Dan as part of his scheme to revive himself. After Kuroto's plan was unveiled and entered its final stages, Kuroto set the Shocker army loose on the real world. However, the newly formed Kamen Sentai Gorider was able to fight off and destroy the monster army. 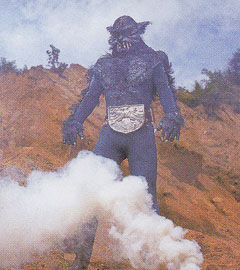 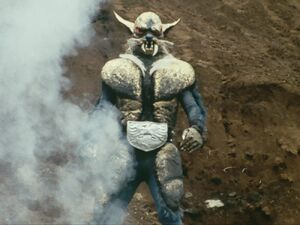 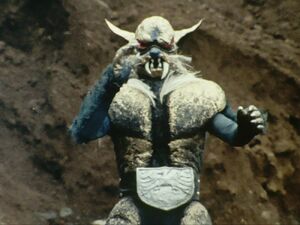 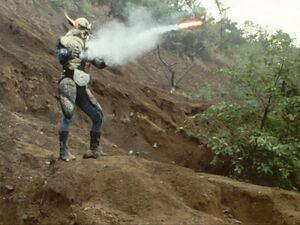