Shapeshifting, Extraction of energies of any living being to contact,

Destroy Max Steel (one of its main objectives).

Extroyer (formerly known as Troy Winter) is one of the main antagonists from the Max Steel franchise. He was a special agent and one of the mercenaries hired by Eclipse can match the enhanced capabilities of Max still being a normal human being Extroyer has as many qualities that make him more difficult to overcome.

Troy Winter is hired by Warren Hunter who owns Eclipse, a rival of N-TEK company looking comet fragments Morphosos, for that Troy steals a proton magnetos using a battle suit Tecnomita and in order to obtain fragments comet, which is located in Earth orbit and after a few hours the comet will go for 20 years, Eclipse by having magnetos sends into space and gives them energy from its central tower, as falling fragments to Troy Hunter earth sends to look for them, Max to have recognized one of their previous encounters try their best to beat him and end Troy falls to the bottom of a volcano with a piece of comet as will come out.

The extreme temperature fuses the comet's body Troy and his battle suit prevents your body is consumed in the process, visit Warren Hunter and listen as this says that Troy is a dispensable object, Troy notes and Hunter sees the crystals in trying to convince Troy replied, Troy is dead, Extroyer lives, then using his new ability extracts energy from Hunter. Extroyer uses the energy of a nuclear reactor channeling it into one of the machines Eclipse able to send power to the magnets in the morphosis comet, Max Steel arrives and the fight Extroyer shows him because he needs the crystals, finishing Max defeated once plus.

In this new version of the story, he was hired by Miles Dread to steal an Ultralink of N-Tek. However, Troy decided he wanted the Ultralink for himself, but when he opened the box where the Ultralink was, a hologram of Dread appeared saying that he knew that Troy would betray him, then, the Ultralink exploded in Troy after the message ended he was creating Extroyer.

Troy had the Eclipse suit with a piece of Morphosis on his chest, falling into the lava temperature agreed on crystals to the body of Troy making Extroyer, taking the same appearance but discovered in the arm and left leg, chest crystals, skull and jaw, his head is brown coffee with small teeth and blue eyes, Bio-Crisis fight the same but with purple suit, acute and skull rebuilt with two eyes, voice returns in the toxic legion same but with rudest voice clearer crystals, and metallic blue suit. 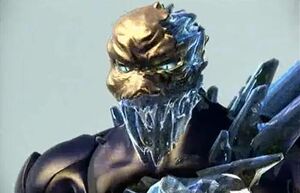 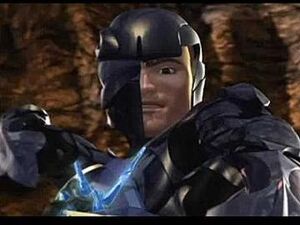 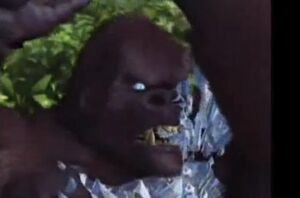 Extroyer in his Gorilla form 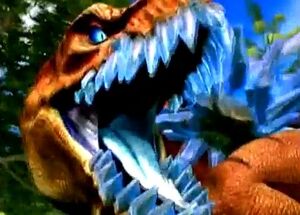 In his T-Rex form 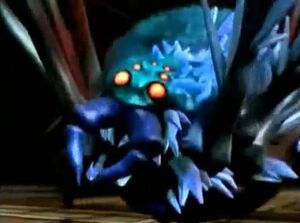 In his Giant Spider form 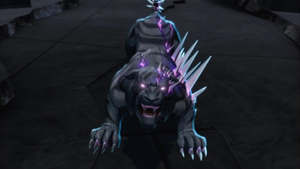 In his Black Tiger form 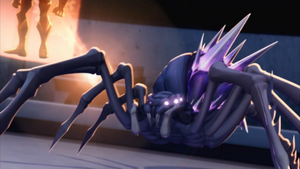 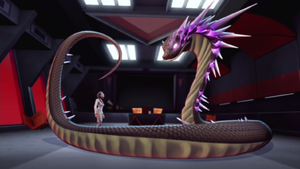 In his Black Cobra form 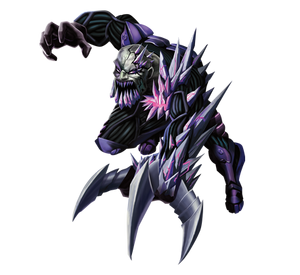 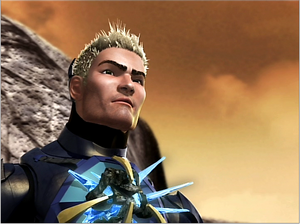 Retrieved from "https://villains.fandom.com/wiki/Extroyer?oldid=3702552"
Community content is available under CC-BY-SA unless otherwise noted.