Most dangerous criminal in the world (Die heiße Spur)

Making plans how to get rich

Fürst Finster was one of the recurring villains in the Austrian TV-Show, Die heiße Spur, and was mostly known for being referred to as being the most dangerous (and apparently most powerful) of the show's villains (even by other villains, which, although it was never explained that way in the show, basically equals being the supreme villain over all the others, as many of the most dangerous criminals have often treated him like their master.

He was later reinvinted many years after the show had been renamed into Tom Turbo. However, this incarnation beared little to no resemblance to the original character as he was less of a supreme villain and more of a dark lord who seeked to plunge the world into darkness- literally, as he often tried to manipulate the weather just because he hates light.

Fürst Finster appeared for the first time when he kidnapped Tom Turbo's boss Thomas and locked him into his castle's dungeon, threatening to feed him to animals unless Tom stole a satellite for him. However, Tom used one of his tricks to multiply, which allowed him to both steal the satellite and save his boss. Fürst Finster left Thomas's office, however he forgot an enlightened cigar which resulted in the office being burned down. Tom replaced the remains of the office with a new interior.

Later, Fürst Finster made several appearances. In one episode, he and Fritz Fantom used Tom to find Rudi Rat's new lab so they could steal his new invention, however Rudi used them as test subjects instead. On another occasion, he paid an enormous sum of money to Dr. Gruselglatz so he would find a chicken that layed golden eggs, however Fürst Finster was unaware that the book he got the information from was a fairy tale book.

Many years after the show had been renamed into Tom Turbo, Fürst Finster was reinvented. This new incarnation seemed to have no relation to the old one and had a completely different personality: instead of being basically the supreme villain in Tom's rogue gallery, he now was an acient lord who used mystical powers or modern technology to manipulate the weather and plunge the world into literal darkness as he despised the sun. This extended in later episodes into a general hate against anything that was cheerful, like laughter or colours. He often send his two henchmen, Mister Mus and Miss Hiss, to do his bidding. When being displeased by their failure, he chased them into sunlight, which was the worst punishment imaginable for them as they, like their master, hated the light.

Fürst Finster makes one brief appearance in a short story in one of the books: In this story, Fritz Fantom is paid a visit by a talking and walking cane that projects a video on a wall. It features Fürst Finster, who offers Fritz Fantom money in return for bringing him a yellow box with a pink smiley on it. This box had been given to Tom and the siblings Karo and Klaro (his bosses in the book) by a hybrid-creature who claims that it contains the greates joke in the world and that it could be dangerous. After Fritz Fantom found the box and opens it, he realizes that the greatest joke is however looks inside the box as it contains a mirror that has "the greatest joke in the world" written on it. It's revealed that it was all a prank by Rudi Rat to make fun of Fritz Fantom and that Fürst Finster had nothing to do with it.

In Die heiße Spur, Fürst Finster was known for being the most dangerous man in the world, often being referred by that title by other villains. His reputation and status as supreme villain even made Tom's nemesis Fritz Fantom jealous, however Fürst Finster was able to intimidate him, looking down on him as an incompetent idiot.

In Tom Turbo, his personality was different: true to his name (as Finster means dark) he was obsessed with darkness and hated the sunlight, although it didn't do any notable damage to him standing in the light. Like his counterpart in the classic show, he always talked to other people by calling them "he" or "she" instead of "you", as a sign of his status, as referring to peasants in this grammatical form was typical for noblemen. Whenever he was disappointed by his servants, he send them into the sunlight, which was as terrible for them as it would be for him. On one occasion, he declared that, depending on which of the two would succeed in carrying out his new plan, he would banish the loser into sunlight. In the end, he banished them both, as despite Miss Hiss didn't fail, she enraged her lord by damaging his painting when she hit Mr. Mus with it. His hatred against light evolved in a hatred against anything cheerful, which resulted him making plans to get rid of laughter or colours. 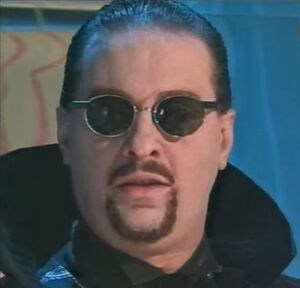 Fürst Finster in his debut episode in Die heiße Spur 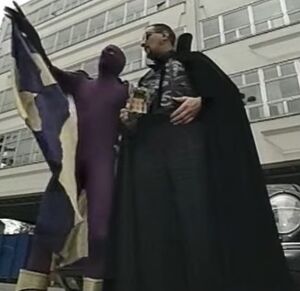 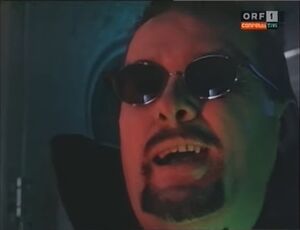 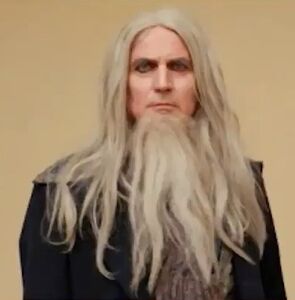 Fürst Finster as he appears in Tom Turbo 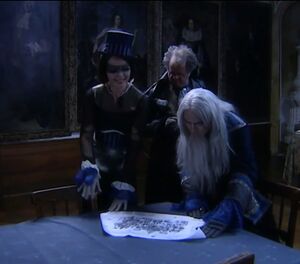 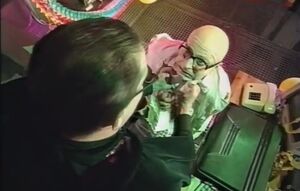 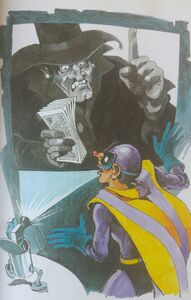 Fürst Finster as he looks in the book, making an offer to Fritz Fantom in a footage which later turns out to be fake