All the abilities Crash possesses

Convince everyone he is the real Crash Bandicoot.

Fake Crash is a doppelgänger to the hero Crash Bandicoot and a character, sometimes antagonist, in the Crash Bandicoot series. However, he is sometimes officially labeled as a supporting neutral character. Also, he is the main antagonist of the Thumpin Wumpa Island Level in Skylanders Imaginators.

Fake Crash is a mysterious bandicoot who is known to appear in very random places. As the name implies, he looks like an imitation of Crash Bandicoot, though there are some key differences (such as the huge eyebrows, a slightly bigger nose, and huge teeth). He has a rather goofy voice.

Fake Crash, originally created by Naughty Dog, was inspired by a cheap Crash toy originated in Japan, with huge eyebrows and teeth. The team started calling it "Trash Bandicoot", and later, "Fake Crash".

Fake Crash can be seen dancing in two separate levels in Warped. First in Toad Village, and second on an island in the first Jet Ski level with Coco. In some versions of the game, he can even be seen in Hog Ride.

Naughty Dog also decided to include him as a goofy extra in CTR. He can be unlocked in CTR by winning the purple Gem Cup in adventure mode or by holding down L1 and R1 and pressing circle, down, down, up, circle, circle, down, left, and right, in that order, at the main menu.

As Fake Crash is one of the series's most popular characters in Japan, he was even a playable character in the Japanese version of Crash Bash. He is unlocked by holding down R1, R2 left, and down at the same time. However, this cheat doesn't work for adventure mode.

Soon he became more than a random Easter egg when he played a major role in N-Tranced. Fake Crash serves as a villain for most of the game due to being captured and brainwashed by N. Trance in place of the real Crash, but ends up taking a good/neutral role after being defeated by Crash Bandicoot and assists him in his battle against N. Trance.

Fake Crash also appears in Crash Nitro Kart as a secret member of Team Bandicoot. In the console version, he is unlocked by getting 50 or more boosts on adventure mode as Team Cortex, and by finding him off the Out of Time track in the GameBoy Advance version.

He later appeared in Crash Bandicoot Purple: Ripto's Rampage chained to a wall in a hidden room.

Fake Crash serves as one of the playable characters in the game.

Fake Crash appears again in Skylanders Imaginators level Thumpin' Wumpa Island, in which he steals Dr. Neo Cortex's latest weapon and uses it to create bad vibes across Wumpa Island, but Crash with help from Cortex puts an end to his plans .

Fake Crash reappears in this remastered compilation not only reprising his role in Warped but also makes cameos in the other two games and at locations he did not appear previously.

Fake Crash returns in the remaster for Crash Team Racing serving the same role he had in the original game. He is a Balanced class driver. In the Back N. Time Grand Prix event, Fake Crash managed to obtain Dr. N. Tropy's time-bending staff and somehow used it to alter the prehistoric era.

Crash Bandicoot: On the Run!

Fake Crash reappears as a minor antagonist and one of the bosses in the 2021 mobile runner game Crash On the Run! During his boss fight, he utilizes some of the real Crash's moves, including Spin Attack and Bazooka.

Fake Crash's internal profile states that he is a creation of Neo Cortex, made in an attempt to confuse the original Crash Bandicoot. 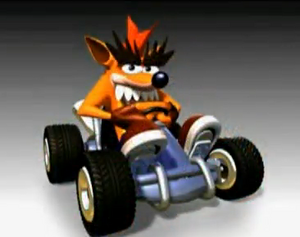 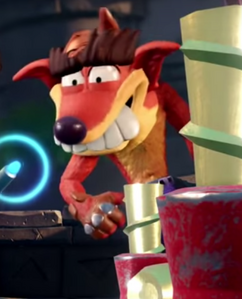 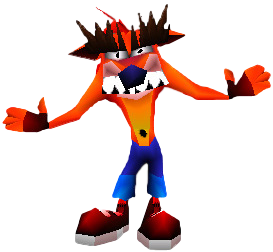 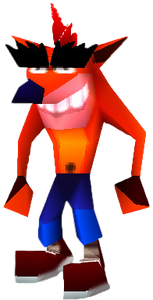 Fake Crash, as he appears in the Japanese Crash Bash. 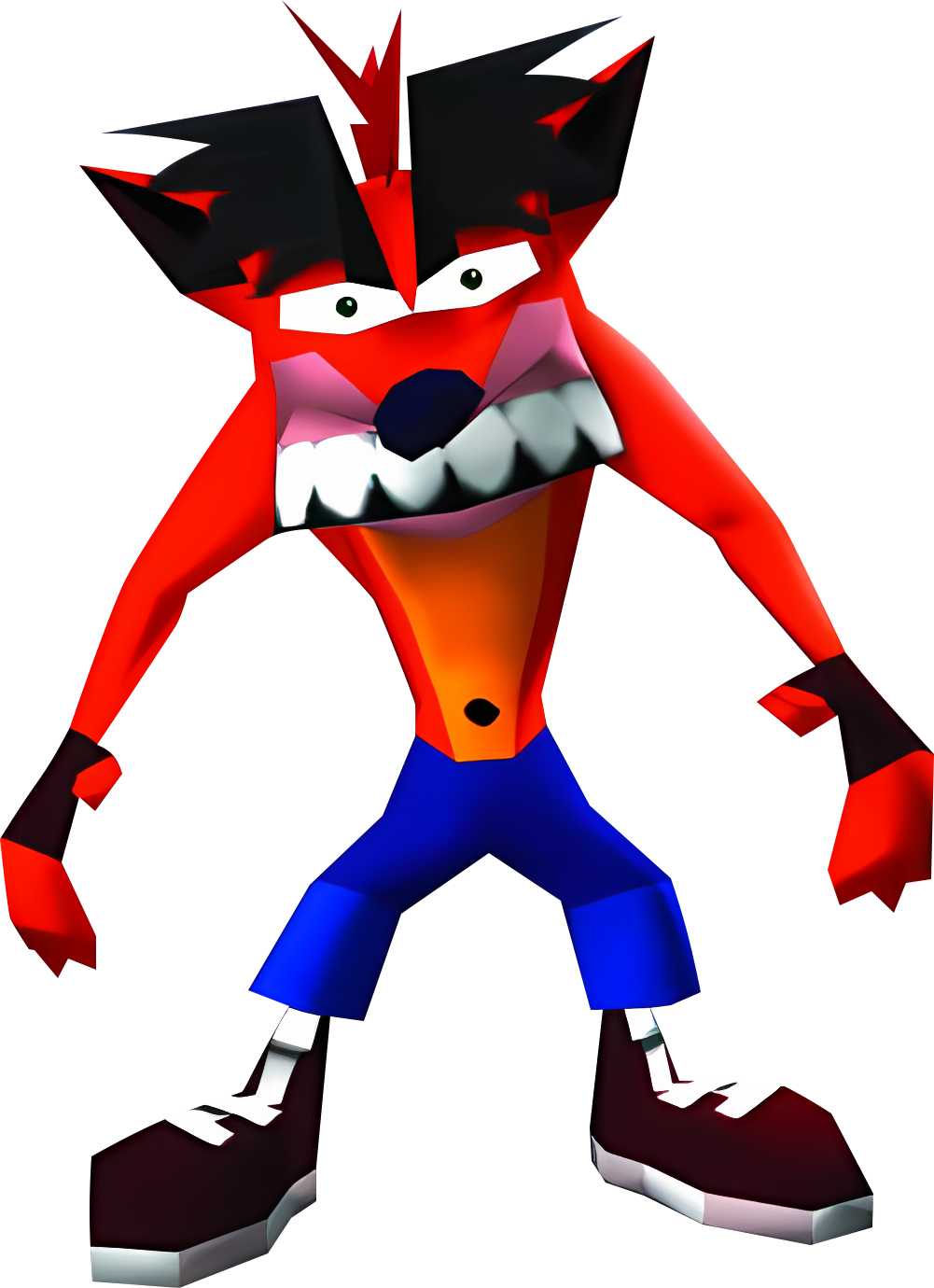 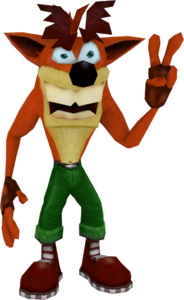 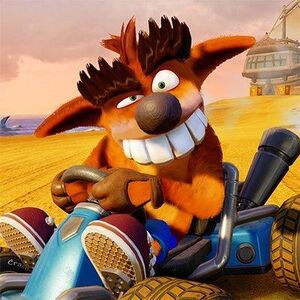 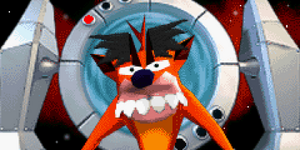 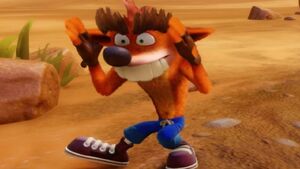 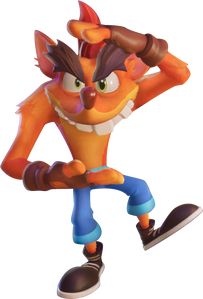 Fake Crash in Crash Bandicoot 4: It's About Time 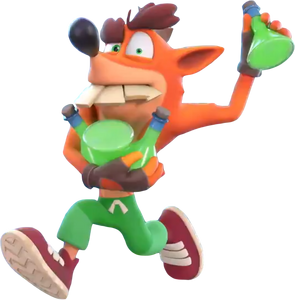 Fake Crash in Crash Bandicoot: On the Run