Capable of everything divine angels are capable of

Corrupt humanity (God's favored creation) and engineer/instigate events that will lead to their destruction (ongoing).

Overthrow God and His angels in Heaven (ongoing).

Fallen Angels are a variant of demons that originate from the Abrahamic religions, specifically Judaism and Christianity. They are well-known figures due to their appearance in the Bible and countless other folklore, stories, films, TV series, and many more that are inspired by it.

Fallen angels were initially divine messengers who faithfully served God in Heaven. However, Lucifer (also known as The Devil and Satan) (who was a high-ranking angel at the time) became unsatisfied with being the servant of God and wanted to become God himself instead. Filled with envy and rage, Lucifer incited a rebellion against God and successfully encouraged a third of the angel population to join in the rebellion.

However, God stopped the rebellion in time and banished Lucifer and the third of the angel population that rebelled with him away from His presence, with the assistance of Michael, the Archangel. They are later sent down to Earth (hence the term "fallen") and have immense power over this realm and to some extent, over the universe that is outside the boundaries of Heaven. After that, Lucifer became known as Satan whilst the angels that rebelled with him became known as demons.

After humanity was created by God, Satan and his demons roamed around the Earth endlessly to tempt humanity into committing sin in order to ultimately lead them to their own destruction. Before the Noahic Flood, a group of fallen angels who were known as the "sons of God" had sexual intercourse (in some versions, it was rape) with "the daughters of men" (human females) and produced a demonic species known as the Nephilim, who were tall, monstrous giants. God later punished the fallen angels who participated in this perverted act and chained them into the darkness of hell until Judgment Day.

Meanwhile, the rest of the fallen angels served Satan as their new lord and since their powers to physically harm people have been limited by God, they take advantage over humanity's inherent sinful nature and influence them into doing their biddings which is to spread evil and suffering amongst humanity and this includes things such as lying, murder, rape, wars, sexual immorality, alcoholism, moral decay etc. Even though they have used humanity to do their biddings throughout history (often successful in doing so), they hold contempt for them and see them as nothing but pawns for their demonic agenda who are ready to be "discarded" once they are rendered useless. To some extent, fallen angels can possess humans and animals which is described in detail during Jesus's ministry and after being exorcised from a possessed being (similar to the case of the infamous demon spirit called Legion), they often wander around in "dry places" and once they find no home, they return to the being they possess. They can also cause the hosts that they possess to commit suicide as seen when demons beg Jesus to drive a herd of pigs to jump off a cliff in Matthew 8:31.

Fallen angels also occassionally confess that God is the ultimate Lord and Saviour and even beg to His Son Jesus Christ for forgiveness despite being heavily occupied in opposing Him and His followers.

They can also create natural disasters and illnesses as they still have powers over the heavens and delude humanity in their belief towards God through deception, false doctrines and propagating lies onto society and making them the "truth". Near the end of the world after the Rapture, Satan and his demons fight the final battle against Michael the Archangel in Heaven and God ultimately banishes them out of Heaven completely and restricts them onto Earth. With the aid of Satan, they also influence humanity to worship the Antichrist and using him as a vessel for their agenda, they commit the ultimate evil without limits as they realize they are running out of time before Judgment Day.

Like Satan, all of the fallen angels (including the ones who are trapped within the darkness of Hell previously) are prophesied to be punished by God for their wicked deeds and damned to burn in the Lake of Fire for eternity along with unrepetant sinners. But so far, the war between God's Angels and Fallen Angels is ongoing. 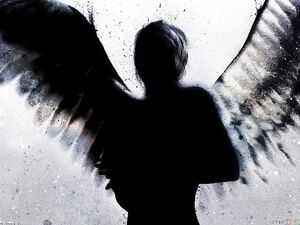 A silhouette of a fallen angel. 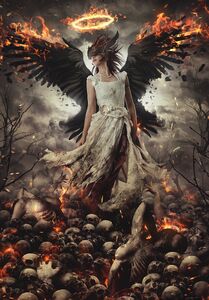 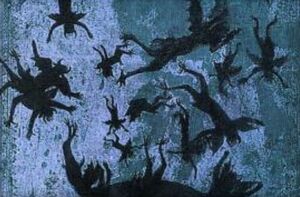 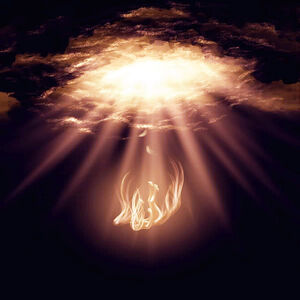