Evil Genius
False Face is a villain in the Batman 1966 television series, who made his only appearance in the two parter True Or False Face/Holy Rat Race as the main antagonist.

He was portrayed by the late Malachi Throne.

The identity of False Face is unknown, as he is always covered by a ugly plastic base mask. He is a cunning master of disguise, which often baffles the police of Gotham as well as the citizens.

False Face managed to steal a jeweled crown and replace it with a fake one, and then planned to flood Gotham City with millions of dollars of counterfeit money so no one could tell the difference between the real cash and the fake.

Despite his excellent ability to disguise himself, False Face normally gave himself away, such as when he disguised as Commissioner Gordon and held his handkerchief in his left hand, whilst the real Gordon is right handed, something which Batman noticed.

With the help of False Face's assistant Blaze, who had turned against him, False Face was eventually captured by Batman and Robin and imprisoned, and never seen or heard from again in the show. 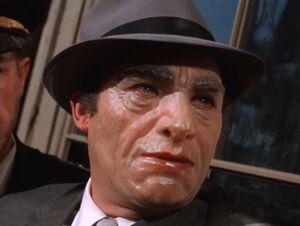 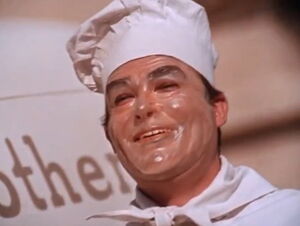 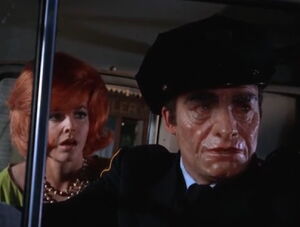 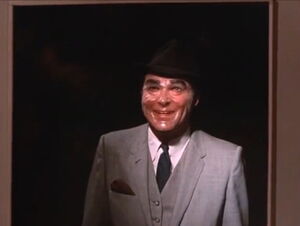 Retrieved from "https://villains.fandom.com/wiki/False_Face_(Adam_West_Batman)?oldid=3759667"
Community content is available under CC-BY-SA unless otherwise noted.