Engulf the Universe into Subspace

Turn all beings into Stone

False Peach, or Peach's Shadow, by the fans, is a copy of of Princess Peach, created by Shadow Bugs. She runs as a Commander of the Subspace Army, along with False Zelda, Ganondorf, Bowser, and the controlled Master Hand, under Tabuu's Order.

Having time past, Kirby and Peach were left alone in a grassy area, but Kirby ran away, thinking he saw or heard something, Peach then tried to stop him, but then a loud noise struck behind her. Peach was very surprised as she saw Bowser charging up a Dark Cannon towards her, Peach gasped and hesitated for too long that she was turned into a Trophy. Moments later, False Bowser was seen alongside the real Bowser. False Bowser then deteriorated into Shadow Bugs. While deteriorating, the Shadow Bugs engulfed Peach, creating False Peach. 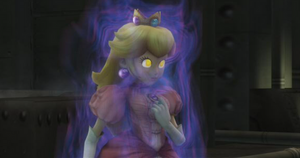 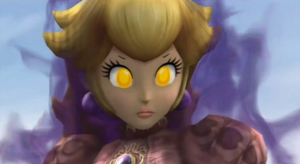 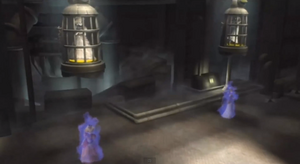 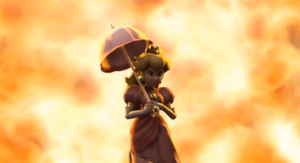 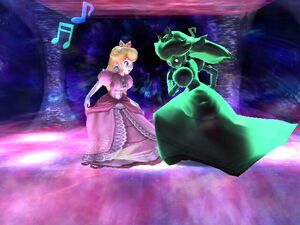 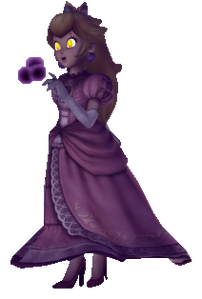 Victory for the fake/subspace Peach.

Two false peaches in Subspace Emissary. One false peach is the NPC and the other is a controllable player character.

Retrieved from "https://villains.fandom.com/wiki/False_Peach?oldid=2877046"
Community content is available under CC-BY-SA unless otherwise noted.