Can alter his face by molding it.

Falseface is the secondary antagonist in the Batman Beyond episode "Plague". He was an agent for hire who could change his face through some ability or technique.

He was voiced by Townsend Coleman, who also voiced The Rat King in the 1987 Teenage Mutant Ninja Turtles series.

Falseface was hired by Kobra to smuggle a deadly virus in Gotham City and was able to conceal the gas container in Nelson Nash's bag at Saint Denis where the virus was manufactured. When Nelson arrived at Gotham, Falseface confiscated the vial while posing as a customs officer and delivered it to Kobra-One.

Falseface later breaks into Gotham Plastics and opens the gates for Kobra. Falseface learns that Kobra was going to coat millions of credit cards with the virus to achieve mass contamination, however he was secretly infected by the virus by Kobra in case things went wrong. When Batman and Stalker (whom Special Agent James Bennett convinces Batman to team up with) raid the factory, Falseface flees while being pelted with one of Stalker's phosphorus grenades which made him noticeable to Stalker.

Falseface posed as Nelson Nash and tried to mingle with the crowd, however Batman attacks him and Falseface was disfigured. Falseface used a taser on Batman and the two dove off a couple of stories into a laundry room. Falseface set the place ablaze and walloped Batman with a stick. Batman, however, is able to turn the tables on him, but the building quickly started to crumple.

Before Falseface could kill Batman, the virus starts to affect him. False Face fled the building where he was found by Batman and Stalker unresponsive. However his fate remains unclear.

Falseface succumbing to the Kobra virus. 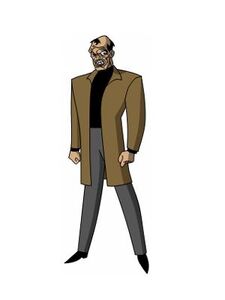 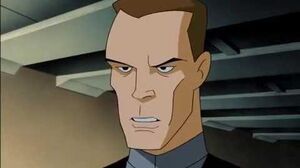 Batman Beyond The Stalker returns 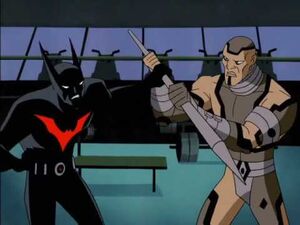 Batman Beyond and The Stalker form an alliance 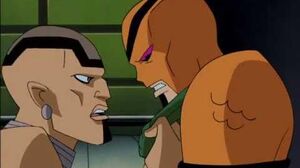 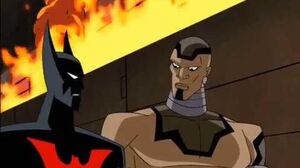 The Stalker saves Batman Beyond