Return Krypton to its brutal past (failed).

She was a beautiful but ruthless Kryptonian woman whose unexplained hatred for men led her to torture and kill 23 men at a secret concentration camp in her home. Faora served under Major Zod during the war against Black Zero.

Originally in the action comics, Faora is the daughter of Hu-Ul, and was born on Alezar, Krypton. Faora was a man-hating Kryptonian who murdered and tortured them at a secret concentration camp. She was sentenced to 300 Kryptonian years in the Phantom Zone, having the second longest term after Jax-Ur.

While imprisoned, she would meet and help Dru-Zod and Jax-Ur escape the Phantom Zone, and plot against Superman. She would later fight against the Man of Steel, nearly killing him due to being trained in Horo-Kanu (utilizing the pressure points in the Kryptonian body), causing the hero to leave the fight.

She would manipulate widower Jackson Porter, masquerading as his wife's ghost to make him move next to Superman, and steal an artifact that would allow her to escape the Zone.

This version of Faora was erased from existence due to the collapse of the original Multiverse, due to the 1985's Crisis on Infinite Earth's.

Faora was a loyal member of the hounds of Zod, being a manhunter who pursued Superman and Lois Lane on Brainaic's version of Krypton. Despite later working with Jor-El, she was eventually killed during a struggle against religious zealots alongside Kru-El.

In Pokolistan's New Earth, Faora (name given to her after Zod's ally Faora) was a metahuman who can disrupt molecular bonds, becoming Avruskin's ("New Zod's") greatest ally. She created the mutagenic virus, but she and Zod's plans were thwarted by Team Superman.

Faora was a lieutenant in the Krytponian Military Guild, who desired for Krypton to return to its militaristic empire. She would meet Dru-Zod, who shared the same ideals, and they gathered a group who supported their beliefs. Faora became an accomplice to Zod creating a false flag operation, which caused a war against the Char.

Zod's old friend, Jor-El, learned of their deceit, and revealed them to the authorities. Faora, Zod, and his followers were all sent to the Phantom Zone to face their crimes, surviving the later destruction of Krypton.

Faora stayed a loyal supporter to Zod, with them becoming acquainted to the Warworld, a machine that they could use to conquer outside worlds. In addition, they used Doomsday, a Kryptonian monster who was a prisoner in the Phantom Zone to weaken the zone to escape.

However, Faora was still trapped there, as Zod escaped, and went to Earth to trick Superman, to take him to the Fortress of Solitude and get the Phantom Zone projector.

Upon leaving the Phantom Zone, Faora became aggressive until exposed to the Earth's sun, gaining her sanity. Faora and Zod fought Superman and his ally, Wonder Woman until Zod threatened to kill the Man of Steel.

The two escaped after Wonder Woman agreed, and went to the South Pacific to construct a Phantom Zone portal. Superman and Wonder Woman traveled to the pacific and fought them once again, but they were aided by the Greek God Apollo, who was angered at his defeat by Superman.

After throwing them into a nuclear reactor, Faora and Zod entered the portal, and were trapped there by the heroes. Faora and Zod somehow escaped once again, presumably due to Doomsday being released from the Phantom Zone.

This was revealed to Batman and Wonder Woman during their travel in the phantom zone, wanting to help cure Superman (who had become a new iteration of Doomsday). 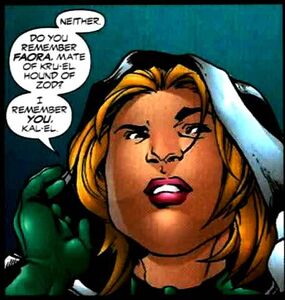 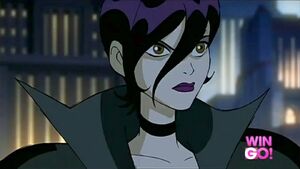 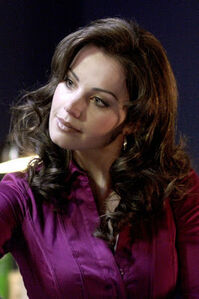 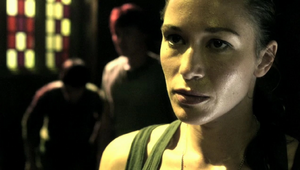 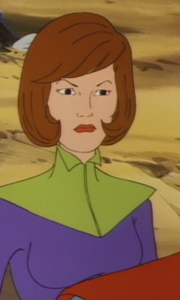 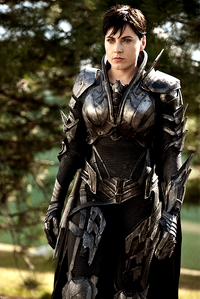 Faora in Man of Steel.