Magypsy of the Final Needle

PSI (ability to use PSI Shield and PK Starstorm)

Stop Lucas and his friends.
Allow the Dark Dragon to be freed under the Masked Man's hands (both failed).

Fassad (ヨクバ Yokuba in Japan), formerly known as Locria, is a major antagonist in Mother 3. He is one of the top commanders of the Pigmask Army (alongside the Masked Man), as well as one of the seven Magypsies but betrayed his own kind to gain power.

Fassad is first seen in the first chapter, making a rather small cameo. After Flint is released from jail, the player can go to Butch's farm, and see Fassad making a deal with Butch, which serves as foreshadowing for Chapter 3. He also makes another small cameo in Chapter 2, where he bumps into Duster and steals the money he gave to Butch. Fassad takes a larger role in Chapter 3, in where he is seen in Death Desert, along with Salsa the monkey. He is there under the orders of the Pigmask Army to sell Happy Boxes to the people of Tazmily Village. Fassad constantly tortures Salsa with the shock collar around his neck for both failing at his tasks, and for succeeding at them.

After making Salsa hand-deliver Happy Boxes to four people, he goes to Osohe Castle to see what all the commotion is about. It turns out that the Hummingbird Egg, the item that Wess told Duster to look for, was taken by Duster, Wess and Kumatora. Fassad chases after the party, and pulls a lever that, instead of getting him closer to the party, ends up saving the party.

He reappears later at Thunder Tower after the Pork Trooper reveals that Lucas isn't really the Masked Man. Fassad, along with some other Pigmasks, chases the party to the top of the tower. After walking about while talking to the party, his habit of carelessly discarding the peels of the Luxury Bananas he eats leads to his downfall, when he slips over a tossed banana peel and tumbles from Thunder Tower's summit; this is considered one of the most comedic moments of the game.

Although it seems that he is dead, this is disproved when the party is about to pull the fourth needle at Fire Mountain, and Fassad and his new robot translator fly out of nowhere. Fassad needs this translator because, after the Pigmask Army resurrected him as a cyborg, he had to have trumpets implanted where his mouth was. The party defeats him and he retreats.

He returns for the last time in the sewers of New Pork City as Miracle Fassad, with even more trumpets, including somewhere his rockets should have been. After being defeated, he then goes on to say he is sick of fighting, and that this is all just Porky's game. Shortly afterward, his cybernetic implants explode and he falls into the sewer drain, never to rise again. His fate could have been the same as the other Magypsies, because in his life as Locria, he guarded the last needle. As for his translator, it ran away and told Lucas and the group not to follow and the rest is unknown. On a floor of the Empire Pork Building, there is a Magypsy house with several banana peels and Luxury Banana's, Fassad's favorite food, and some of his clothing, which is evidence he is the seventh Magypsy. A mouse is also found on this floor who belonged to Fassad. The mouse claimed that Fassad was surprisingly kind to him, despite being cruel to other animals. When Lucas had pulled the final needle needed to awaken the Dark Dragon, it can be assumed that even though he swam in a watery tomb of his own, he vanished because he himself was one of the Magypsies. 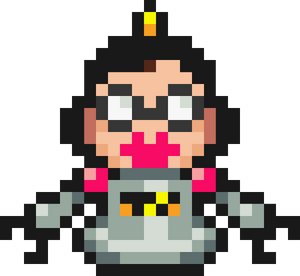 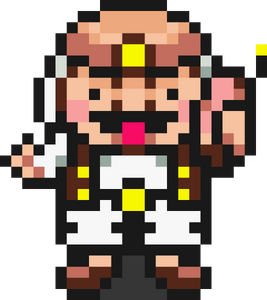 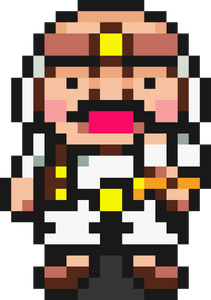 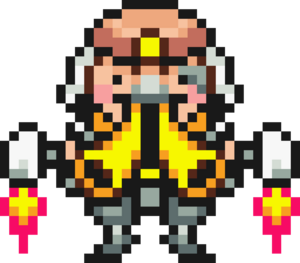 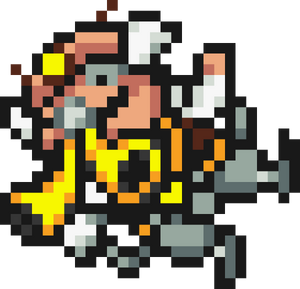 Retrieved from "https://villains.fandom.com/wiki/Fassad?oldid=3987347"
Community content is available under CC-BY-SA unless otherwise noted.