Each member possess their own unique super powers

Save and then conquer worlds they saved.

Take over the universe

Hegemonic Supervillains
The Fatal Five are a group of supervillains consisting of the super-powered criminals of the 30th century and the Legion of Super Heroes arch-rivals. They were also collectively powerful and could be a deadly match or superior to even a small group of Legionnaires. It took nearly every member of the Legion of Super Heroes to defeat the Fatal Five and imprison them.

When the Milky Way Galaxy and Earth's sun were endangered by the mysterious Sun Eater in the latter half of the 30th Century, five of the worst criminals in the galaxy were brought together by the Legion of Super Heroes to help save civilization.

Originally a gang of super criminals assembled by the Legion of Super-Heroes to help them destroy the Eater that threatened the Earth, Emerald Empress, Hand, persuader, and Validus, led by Tharok, then clashed with the Legion numerous times. Although the Fatal Five earned pardons through their actions, they rejected them and banded together to attempt the conquest of the worlds they had saved. During their career, the original Fatal Five proved powerful enough to conquer an entire planet while still trapped in another dimension and they were the arch foes of the Legion. A later incarnation consisted of Emerald Empress, the persuader, Flare, a Rimboriano with the power of fire, Caress, who owned the touch deadly acid, and Mentalla, who worked secretly against Fives trying to get a place among the heroes.

Later the Emerald Empress decided to remake the team and appeared on a transport ship going to the prison planet Talkos Galtos with several hundred villains to incarcerate. Unimpressed by those there to pick from, the Empress offered a place for Sensor Girl once the Emerald Eye bowed down to its strange impressions of Sensor Girl. However Sensor Girl refused and struck the Empress, making her a mortal enemy. Taking the Persuader with her the Empress departed and later found suitable replacements including Flare, Caress, Metallo, and Mordecai.

The first story in Legionnaires (1993) saw the SW6 Legion clash against the Fatal Five comprising Tharok, Hand, the persuader, the new Emerald Empress and a monstrous being called Mordecai.The Fatal Five, they saw in the third version of the Legion, but in The Brave and the Bold a version of the team was brought in this from the Lord of Time, because it could help you get a powerful weapon. When his plans were foiled by Batman and Blue Beetle left them in the XXI century. After Batman and Tharok were accidentally merged into one being, the group returned to their own time to find themselves directly in the Legion jail.

The Fatal Five appeared in the Justice League Unlimited episode "Far From Home". The Five used mind control technology to capture and brainwashed a majority of the Legion of Super-Heroes plotting to use them on an assault of the United Planets capital world. The Fatal Five battled the remaining Legionnaires with Supergirl and Green Lantern from the past summoned by Brainiac 5 who eluded capture. The Five were defeated when they lost their control over the Legion and their plan was thwarted.

The Fatal Five were featured villains in the Legion of Super Heroes show. Years later, Imperiex freed the prisoners of Takron-Galtos. The Five journeyed back to Earth and helped destroy the Legion. After Earth in the 31st century is heavily damaged by Imperiex's appearance from the 41st century, the Fatal Five is shown to be dealing heavy damage to Metropolitan city. As expected, the Five planned on double crossing and destroying the Legion. Shrinking Violet secretly sabotaged the Emerald Empress' Eye of Ekron and a force shield was used to capture them. Empress was rendered powerless after Matter-Eater Lad ate part of the Eye. They were all returned to prison except for Validus, who became Imperiex' chief enforcer.

The Fatal Five appeared in the 2019 movie Justice League vs. the Fatal Five as the main antagonists. In the 31st century, the Fatal Five battled the Legion of Super-Heroes and ended with the capture of Validus and the Emerald Empress with Mano, Tharok and the Persuader escaping. The three members later attacked the Legion headquarters with the goal of capturing their time-traveling machine. The Legionnaires Brainiac 5, Saturn Girl and Star Boy tried to stop the three but managed to activate the machine. As they were leaving, Star Boy leapt at them and was taken along the ride to the 21st century and activated a fail-safe inside the device which trapped Mano, Tharok and Persuader in suspended animation for months.

In the end, the three managed to rescue Emerald Empress and Validus from the Green Lantern Corps prison cell. The Fatal Five then planned to destroy the Earth's sun to destroy the Justice League and prevent the formation of the Legionnaires in the 31st century. The Fatal Five were eventually defeated by the Green Lantern Jessica Cruz who prevented the Five from escaping back to their own time. 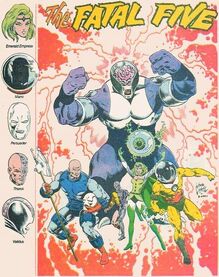 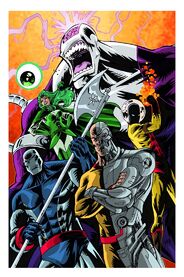 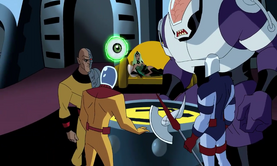 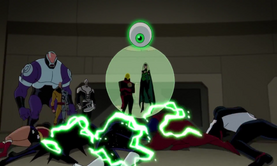 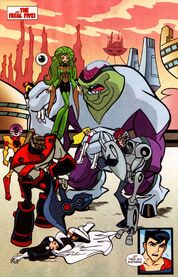 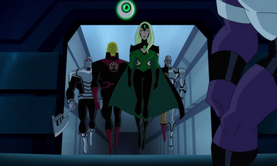 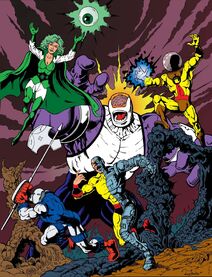 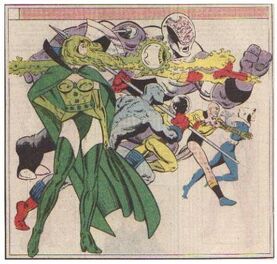 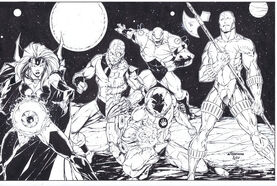 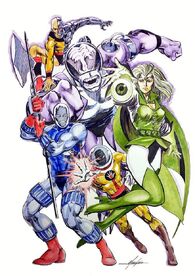 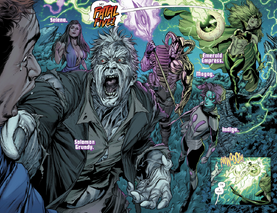 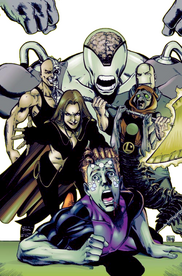 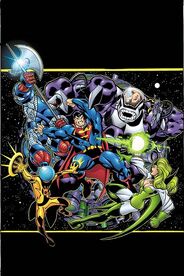 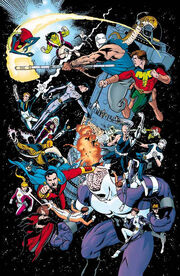 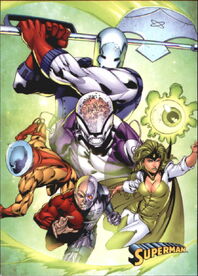 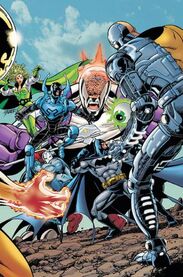 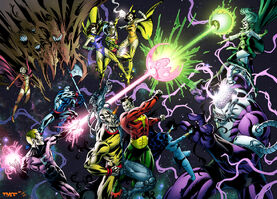 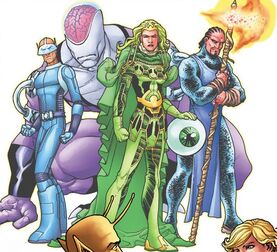 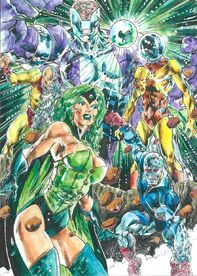