Founder and Leader of the Church of Leto

Father Cornello, the self-proclaimed "Messenger of God", is a false prophet who is the founder of the Church of Leto in the small desert town of Reole within Eastern Amestris, and a minor antagonist in Fullmetal Alchemist.

Within the town of Reole (Lior/e in the English dub), the Elric Brothers encounter the priest Father Cornello leading the Church of Leto. Suspecting trickery when they witness his "miracles", the Elrics investigate.

He was voiced by Andy Mullins.

Cornello appears in the third episode of Brotherhood and first two episodes of the 2003 anime series delivering a sermon to his followers over the radio. One particular follower Rose Thomas intends to prove his practices to the skeptical Elric brothers who, after seeing a demonstration, catch on that it's only Cornello manipulating the people via the use of a Philosopher's Stone. They seek to expose him with the hope of obtaining the Philosopher's Stone to correct their own mistakes.

Catching onto them, Cornello reveals his true self as a conman and attempts to kill them with a leonine chimera that fails to wound Edward due to biting his automail arm. The brothers also bring Rose, exposing Cornello's deception although the priest then tries to sway her by promising that he can bring her boyfriend back with the Stone. Edward says otherwise, referring to himself and Al as proof. Nevertheless, Edward and Cornello do battle as the priest uses the Stone to create a massive gun. During their confrontation, Cornello reveals his intentions of creating a massive army of religious fanatics that will die for his goal of becoming the ruler of Amestris. Edward exposes him by having set his sermon microphone on, his whole plot told over the radio.

Determined to kill him, Cornello attempts to use the Stone to greater power only for it to backfire, horrifically melding his arm with the gun on the alchemical rebound. Seeing it is fake, Edward becomes enraged, using his alchemy to bring the fist of the giant Leto statue down upon Cornello who barely dodges the attack. Retreating, Cornello seeks out Lust who had given him the stone in the first place, demanding why it didn't work. Lust simply chides him and, seeing as his usefulness to them is up, kills him. Gluttony then devours the body and Envy impersonates the false priest, acting as though Cornello had been an imposter. In his form, Envy stirs up riots in Liore/Reole between those who believe the prophet's words and those refusing to believe after Cornello's engineered confession.

In Brotherhood though, the rebound had caused Cornello to become a Hulk-like monstrosity that attempted to kill Edward. This did him little good as Edward defeated him anyway.

Although not as vile as some of the other villains, Cornello despite being a small threat, proved he was nothing more than a corrupt fraud. Furthermore, his actions, combined with Lust using him as a pawn, means he has a small but important role in both the manga and both anime.

Cornello also appears as the second boss of the video game Fullmetal Alchemist 2: Curse of the Crimson Elixir. In that game, his role is essentially the same as in the series but instead, he fights the Elric Brothers head-on with his cultist henchmen. He meets his end when he is swallowed by a pool of darkness formed from the same matter that composes the Golems, the game's cannon fodder. 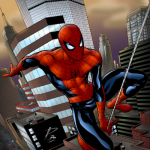 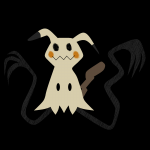 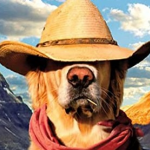