Rid the streets of the scourge (formerly).

Kill all in his way for their blood.

Father Gascoigne is a supporting antagonist and boss in Bloodborne. He is a middle-aged hunter for the Healing Church that succumbed to the scourge of the beast, the otherworldly plague that has fallen onto Yharnam.

He was voiced by Conner Price.

As a human, Gascoigne is a tall, middle-aged man with light-grey hair and a beard.

He wore a thick, layered Hunter's garb, complete with a blindfold over his eyes (a recurring motif amongst those of the church in honor of Master Willem).

In his beast-form, he becomes larger and muscular, tears in his clothing allowing tufts of silver-grey fur to jut out, his hands now tipped with claws and feet twisted into animalistic paws.

His personality before he succumbed to his blood-lust, it can be assumed that he was a valorous and humbly religious man, having given the title of "father" from a foreign land (since the Healing Church has no such title). He had a wife and daughters, implying to have been a loving family man as well.

As a hunter, Gascoigne is dedicated to the hunt, his own bloodlust sometimes keeping him longer than he should. His family would play a music box in order to break him of his blood-lust and bring him back home.

Overtime however, his bloodlust began to consume him, his mind and body warping through the scourge of the beast. This led him to kill his wife and try to kill the player, rationalizing that they all would become beasts sooner or later. It is possible that there is a small part of his old self that is still present deep within him, reacting with pain and struggle whenever he hears the Tiny Music Box his daughter gives to the Hunter.

As a hunter, Gascoigne is well-versed in self-defense and has accumulated years of experience killing monsters of various shapes and sizes.

His Hunter Pistol behaves like a Hunter Blunderbuss. He also uses an uppercut from his Hunter's Axe, and slashes the ground emitting sparks when meleeing when attacking. The way his weapons behave differently, compared to the players' versions may come from Gascoigne being more of an experienced hunter since the player does not have access to these attacks when wielding the Hunter's Axe.

If the player drops his health to one-third of its original amount, he will transform into a wolf-like creature for the rest of the battle. This form is stronger, faster, and more aggressive and even has a jump attack.

Father Gascoigne came to Yharnam from a foreign land. It appears that Gascoigne was already a cleric in his homeland, as he earned the title of "father", a foreign title for clergymen. Upon joining the Healing Church as a hunter, Gascoigne was partnered with Henryk, an older hunter. The two made an effective duo, and their effectiveness lead to Henryk's "tragically" long life.

At some point, Father Gascoigne took a wife by the name of Viola and the pair had two daughters. Viola was known to play a Tiny Music Box, in order to draw him home when he had been out all night and to make him remember her and their children when he began succumbing to the bloodlust. Their daughter, the Young Girl, still resides in Central Yharnam. The Tiny Music Box will be given to the Hunter when speaking with the Young Girl, and can be used against Father Gascoigne to stun him during battle.

Eventually, Father Gascoigne fell to the beast plague and succumbed to the bloodlust, becoming little more than a bloodthirsty killing machine. His wife Viola left their home in order to search for her husband, but forgot her music box. No longer remembering who she was, it appears that Gascoigne killed his own wife. He is found hacking away at corpses by The Hunter, who puts Gascoigne down. 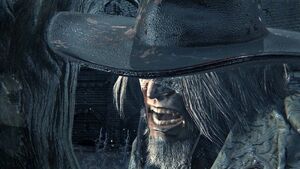 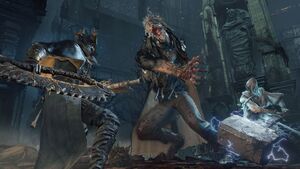 Gascoigne in his second form.
Add a photo to this gallery 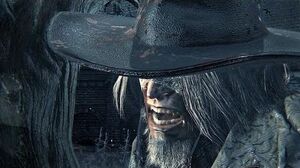 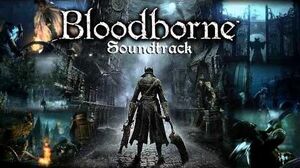 Bloodborne Soundtrack OST - Father Gascoigne, The Hunter
Add a photo to this gallery

Retrieved from "https://villains.fandom.com/wiki/Father_Gascoigne?oldid=3914886"
Community content is available under CC-BY-SA unless otherwise noted.