Father and Mother (The Wiloughbys)

Stay away from their children (succeeded).

Walter Willoughby and Helga Willoughby (mostly known as Father and Mother) are the main antagonists from Netflix's 2020 animated film The Willoughbys, based on the book of the same name. They are the neglectful and idiotic parents of the Willoughby children who try to send them away to a far off place where they could orphan themselves.

The Willoughbys were a respectful family line with a rich history. All that came to end with Father and Mother who only loved each other and didn't give any love to their children.

They gave birth to their first child, Tim, who is constantly locked up in their coal bin. They have numerous times, neglected their children, and fed them leftovers which are hardly found. When the four Willoughby siblings found an orphan, they demand to give her out or they would be kicked out of their house.

The Willoughby siblings give the orphan to a candy factory's owner and they set out to send their parents to trips to dangerous places around the world so they can orphan themselves.

During their trips, they were seen having fun, so they sent in a Nanny to look after the Wiloughbys and later sell their house which both the Nanny and Wiloughbys sabotage the event.

After the whole other events happen to the Willoughby children, they seek out for their parents on Switzerland's Mountain where they are freezing to their deaths. After they found their parents, the children attempted to persuade their parents to love them again and restart their whole lives being a family again; at first, Father and Mother were convinced and they slowly walked towards them- until the two are actually after the children's vehicle and left them in the snow. They are found in the sea and are last seen kissing each other as it is shown shark which presumably eats them whole.

Neglectful, snobbish, selfish, rude, idiotic, inconsiderate, lazy, uncaring, and despicable beyond belief, the Willoughby parents are self-absorption at its worst. The pair are so in love with each other and themselves, they barely notice anyone around. The only redeeming quality of the pair seems to be their love for each other, though even that leads to horrible things. When their unfortunate guide was repeatedly hurt due to the couple's self-interest, they paid no attention and barely noticed. Their uncaring and lazy nature can get the better of them and they even come off as foolish and stupid. This is shown when they steal the children's vehicle, without having a clue how to operate it and crash it into their demise.

Their appearances were based on fashion in the 1920s and 30s. They both are tall and thin with pointy noses, bright pinkish-red hair, dull bluish-lavender circles around their eyes, and both are wearing former clothes of the time. Father has slick hair and a thin pencil mustache. Mother has bright red lips and a curly beehive hairstyle. During the film ends, they were both wearing sweaters matching color to their hair. 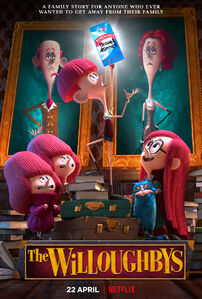 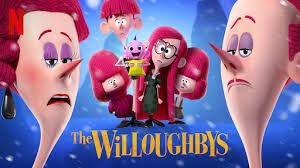 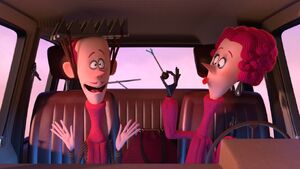 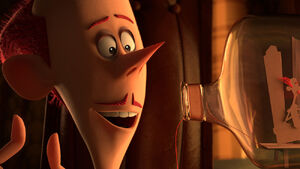 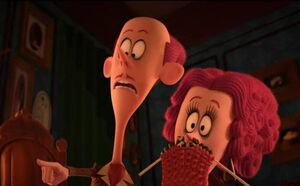 Father and Mother in the Amazon River. 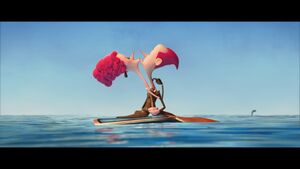