Possible Guardian of Other Dimensions

Stalking people and overwhelming them with fear and panic (possibly).

Scare off humans (possibly as a guardian of other dimensions).

Unseen Monster
The Fear Liath (also known as the Am Fear Liath Mòr, the Big Grey Man of Ben MacDhui, or the Grey Man) is a legendary creature from Scotland that has become a part of cryptozoology due to some believing it to be a cousin of the famous "Bigfoot" of American legend.

The Fear Liath was originally seen as an evil spirit or harbinger of doom, stalking people over the mountain known as Ben MacDhui. Victims often became overwhelmed with sensations of fear and panic as the unseen entity approached them.

Rare glimpses of the Fear Liath showed it to be a large but blurry humanoid, further adding to the ghostly nature of the sinister being. It is this large humanoid appearance that has sparked the interest of some cryptozoologists, who believe it could be a type of "missing link".

Outwith cryptozoology other theories to the Fear Liath range from its original legendary status as a ghost or demon to an extra-terrestrial or a guardian to another dimensional portal.

Science has argued the Fear Liath may be an illusion caused by atmospheric conditions that can be found atop high mountains, which often project a viewer's shadow onto the surrounding mist or sky to create "phantoms".

The Fear Liath is also spotted, albeit much rarer, in forests near Aberdeen. This would go well with the theory of it being a type of ape cryptid. However, most stories concerning the "Grey Man" seem to imply it is supernatural in nature, with some even claiming it speaks in a very strange Gaelic "voice". 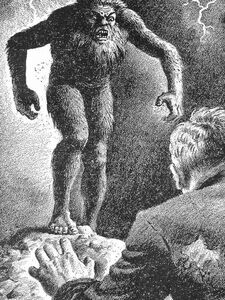 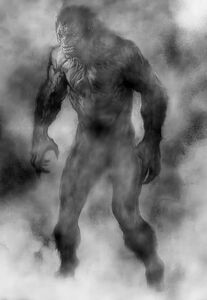 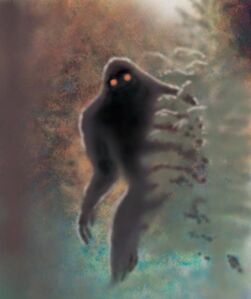