The Federal Emergency Mobilisation Administration is a US Government Organization and is an antagonist faction in Deus Ex: Human Revolution. Founded in 2012, it was originally meant to protect the American people but by 2027 it has become corrupt and is now intent on detaining American political dissidents.

FEMA was founded in 2012 after the US Congress had passed the Revised Homeland Security Act of 2012 establishing the organization and quickly rose through the ranks of the US Government. FEMA was given large amounts of authority over other government organizations and agencies and was established with the original goal of keeping the United States together and safe through investigations and counter-insurgency operations. It did this through both legal and illegal methods and was willing to go as far as to establish detention camps for seditious American citizens.

Six months prior to Human Revolution, Joseph Manderley uses his position at FEMA to enable and block any full in-depth investigation into the attack on the Sarif Industries Headquarters and main research facility in Detroit, Michigan. He's also involved in a secret false-flag attack on one of the Sarif Production Facilities based in Milwaukee Junction and is involved in the aftermath of the attack. Later on, Adam Jensen (the game's protagonist) travels into Highland Park to locate an unknown hacker where it is supposedly abandoned but it's not. In reality, Highland Park is the location of a secret FEMA Detention Center down below with the goal of detaining any American Dissidents and all supposed threats in case of an emergency. Jensen sees large sizes of guards and other FEMA Military Personal around the camp. Sometime later on between 2027 and 2052, FEMA was renamed and reorganized into the Federal Emergency Management Agency. 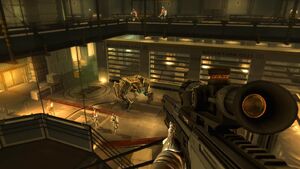 Adam Jensen in a FEMA Camp in Highland Park 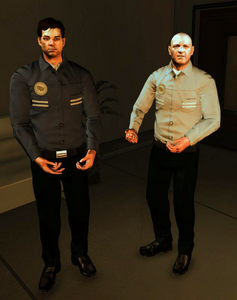 FEMA Officials
Add a photo to this gallery
Retrieved from "https://villains.fandom.com/wiki/Federal_Emergency_Mobilisation_Administration?oldid=3582590"
Community content is available under CC-BY-SA unless otherwise noted.