Observing Syaoran and the others.

Fei Wang Reed is the main antagonist of the manga/anime series Tsubasa: Reservoir Chronicle. A mysterious figure who observes the journey of Syaoran and his companions, though his motivations remain unknown for most of the first half of the series. Eventually, he is revealed to be a descendant of Clow Reed; specifically, he is an artificial being born from his desire to resurrect Yuuko Ichihara. He is also the one responsible for the misery of the majority of the main cast, including Fai's curse and the death of Kurogane's family.

He is voiced by Kazuhiro Nakata in the Japanese version of the anime, while in the English version he is voiced by the late Randy Tallman in season 1 and R. Bruce Elliot in season 2 and the OVAs.

Fei Wang is a mysterious man that watches and directs every movement of the party, his true origins are unknown.

He's the one who's after Sakura's feathers, with these, he will aqcuire at any cost the power hiding beneath Clow's ruins, a power to surpass time and space.

Xing Huo doubts the confidence he has about the things going the way he wants. It is him who prepares the way that Mokona traces through different worlds so that Syaoran and the others will do the "dirty work" for him... until someone interfers in his plans. Yûko once changed the predestined route sending the party to Shura Country. Something that Wang didn't like at all. Because of this, he sees Yûko and Clow Reed as meddlers in his affairs.

His true objective is not to obtain the feathers; rather, scattering Sakura's feathers was to force her to travel between dimensions so her body would contain a map of the dimensions. This is necessary, in combination with the feather that Clone Sakura left behind in Tokyo/Clow Country (Original timeline), and real Sakura (the true being), to grant Fei Wang's wish: that is to bring the dead back to life.

In xxxHOLiC (Ch 122), Yûko reveals in a monologue that he is responsible for the soul stealing entities (xxxHolic, Volume 5). She also reveals that Fei Wang needs the souls for the sake of his dream. Following the souls led Yûko to discover where Fei Wang had been hiding all along: in Clow Country. (Ch. 181)

He is a direct descendant of Clow Reed and well aware of the powers of the Dimension Witch. He was the one who imprisoned the real "Syaoran" and created Clone Syaoran. In addition to this, he also created Clone Sakura (Ch. 178, Ch. 001) and has been hiding in a cut-off time (original timeline) in Clow, with real Sakura. He also indirectly created Kimihiro Watanuki by granting the real "Syaoran's" wish of wanting to go back in time. 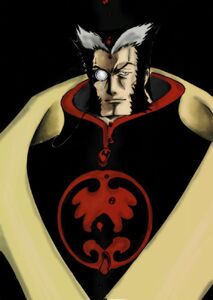 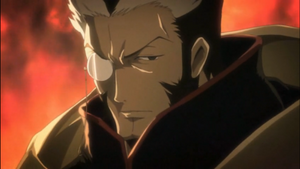 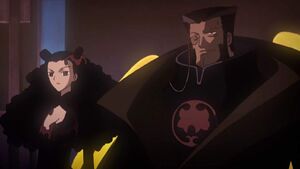 Retrieved from "https://villains.fandom.com/wiki/Fei_Wang_Reed?oldid=3718178"
Community content is available under CC-BY-SA unless otherwise noted.