Being young and beautiful.

Pass on her deadly voodoo curse.

She was portrayed by Joanna Pacuła.

Within the Belgian Congo in the year 1963, Hilary Edna Dunbar and her sister Felice, both children come from a religious Christian family, were with both their father and their aunt Irene. Before both Irene and her niece went aboard a train when Felice was ill, an old, superstitious African woman named Mimzy was frightened and delusional at the sight of Felice, muttering at her in an African dialect before being taken away from her by a train station conductor who knew her. Aboard the train, Irene gave Felice a gift, an ancient African totem which resembles a seemingly-angry kissing, leech-like serpent with a long tongue and it is several hundred years old. Irene explains to Felice that the item itself has been in their family for a long time. Later in the dead of the night while aboard Irene grabbed a sleeping Felice and gave her beloved niece a final gift, a "kiss" borne of a strange and dreaded curse that comes with the totem. The same train conductor who escorted Mimzy earlier, discovered the decaying and bloody corspse of Irene Dunbar while Felice herself, alive and more gorgeous than ever.

Later in the late 1980s, within Albany, New York, where Hilary lives with her husband Jack Halloran and teenage daughter, Amy Bridget Halloran, who became confirmed as a soldier of Christ in a Catholic ceremony. Their suburban stability was shattered when Hilary receives an unexpected phone call from her estranged sister Felice, now a globe-travelling fashion model. The two arrange to meet, yet Hilary dies in a gruesome car accident soon after inviting Felice to visit her family in Albany. Felice shows up anyway 5 months later, swiftly seduces Jack, kills a few interlopers, and makes quick enemies with her niece Amy who is afraid of her aunt. She then tried to pass onto the curse when she attacked her at her family's swimming pool. Amy then stabbed Felice with a chainsaw tool, but her tongue which pull itself out of the dying Felice mouth, transform into a demonic leech-like serpentine monstrosity which represents the curse and the totem that carries it. The nurse Brenda Carson who is Jack Halloran's love interest and friend, rescued Amy from the creature that tried to claim her as it soon dies in an explosion in the pool, ending the curse once and for all. 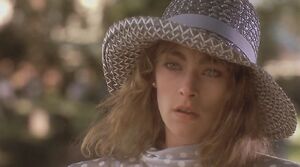 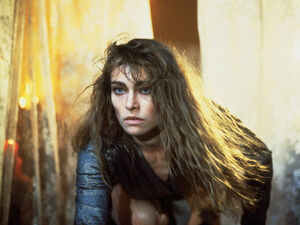 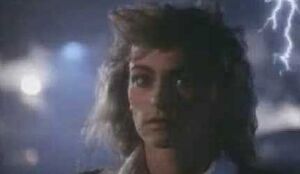 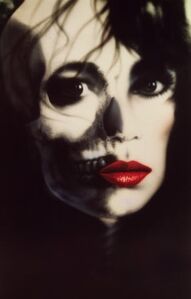