Eating anyone who fails Ratigan.

Deadly Pet
Felicia the Cat (simply known as Felicia), is Professor Ratigan's obese, spoiled pet Persian cat and a supporting antagonist in the 1986 Disney movie The Great Mouse Detective. Ratigan keeps her happy by feeding her enemies, hostages, and henchmen that make him mad.

She was voiced by Frank Welker, who also played Toby in the same film.

Felicia is first seen when Ratigan is mad at his henchman, Bartholomew, for accidentally calling him a rat during a drunken stupor, so he throws him outside and summons her with a bell (despite several pleas to Ratigan from the other henchmen to spare Bartholomew's life). Bartholomew is heavily drunk, so he doesn't notice her walking up behind him. She easily catches and eats him, much to the shock of the other henchmen, who tearfully mourn for Bartholomew.

Later, after Fidget tells Ratigan that he lost the list he gave him, he sends Felicia after him and she tries to eat him, but Ratigan figures he could still be useful, so he has her spit him out. When the henchmen arrive at the queen's palace, they use her as a vehicle, and Fidget tries to feed the queen to her.

However, she's interrupted by Basil's dog, Toby, who chases her away. She manages to escape from him and sticks her tongue out at him as she escapes over a fence only to be attacked by the royal guard dogs. Bits of fur and the bow in her hair are seen flying through the air. It is unknown whether or not she survived, given the comedic nature of the scene.

Felicia is the pet and somewhat, the right-hand of Ratigan. She's the only one Ratigan treats with genuine affection and respect, so she's spoiled. Also, she has a great comic side. Despite her enormous size and apparent threat, she's completely silly.

Obeying only at the sound of Ratigan's bell, she's devoid of analytical mind. Wanting only to eat, she does not speak nor does not think. However she is intelligent enough to act as a steed for Ratigan's troops. Her stupidity is moreover her downfall, not noticing she jumped into the royal's dog yard. 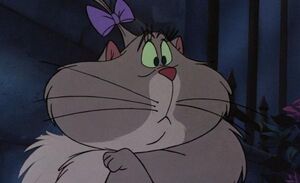 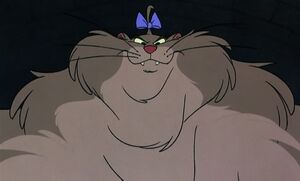 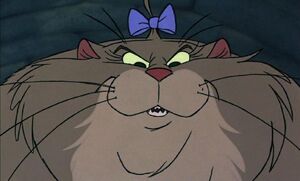 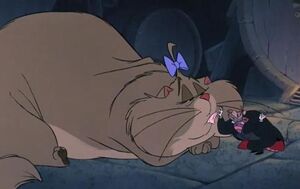 Professor Ratigan petting his favorite pet Felicia after feeding Bartholomew to her. 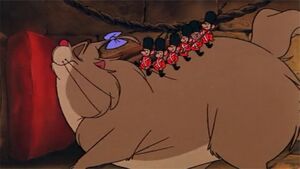 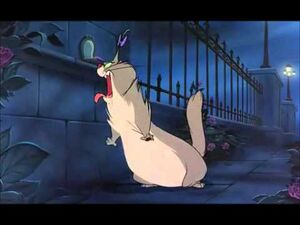 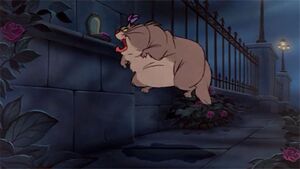 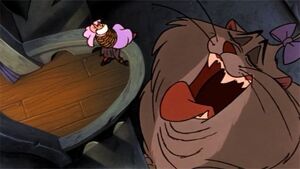 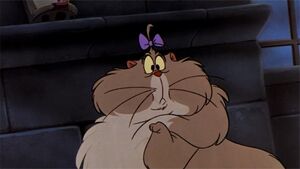 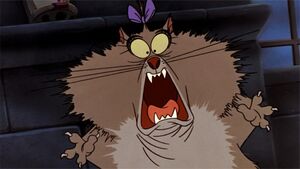 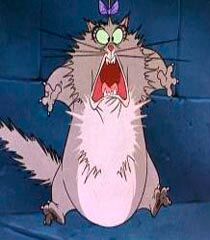 A terrified Felicia, upon seeing Toby and hearing his barks 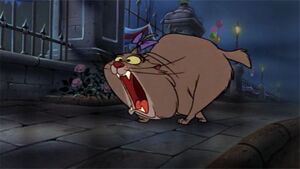 Felicia running away from Toby 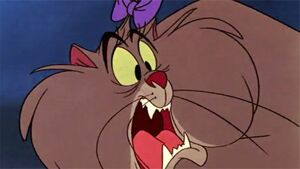 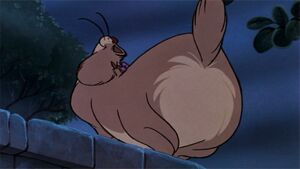 Felicia, flicking her tail as she thinks she had escaped, seconds before she gets mauled by the Royal Guard Dogs. 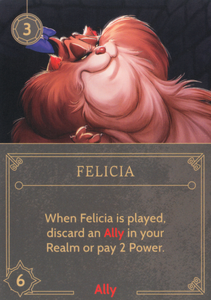 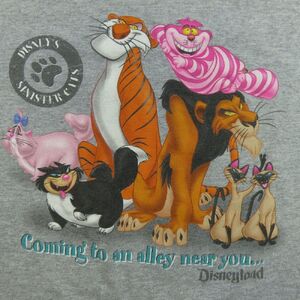