Luring men to have sex until killing them.

The Female Apostle is an unnamed Apostle and a supporting antagonist in Berserk.

Her first chronological appearance is during the Eclipse, like many Apostles she came to feast on the sacrifices provided for Griffith's rebirth as Femto, the fifth member of the God Hand. She is not seen clearly until Corkus flees from his attackers after his comrades are slain and eaten by other Apostles. Taking on the appearance of an attractive nude blonde to ensnare her victims, she uses this against Corkus who is already suffering from denial and shock to the carnage occurring around him. Not caring whether or not she is part of his dream or the end of his life, he makes his way towards her embrace, only for her to take on the true form of an Apostle and promptly devour him. After this, she is seen once more with Corkus' head within her mouth ready to swallow it.

2 years after the Eclipse, the Female Apostle continues her method of hunting. She comes across Guts believing him to be her usual prey; however, right after she assumes her true form to kill him during sex, Guts shoves his prosthetic arm down her throat and blasts her skull killing her, thus avenging Corkus. 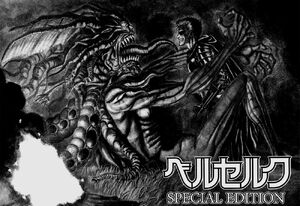 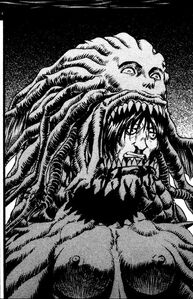 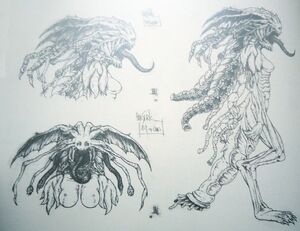 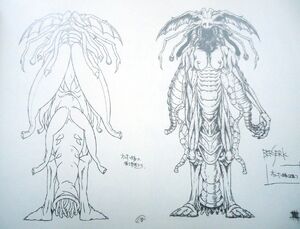 Retrieved from "https://villains.fandom.com/wiki/Female_Apostle?oldid=3827932"
Community content is available under CC-BY-SA unless otherwise noted.