Help his master, Pristine Figg and Lickboot with their evil plans (failed).

Ferdinand is a major antagonist in Tom and Jerry: The Movie. He is Aunt Pristine Figg's evil pet dachshund.

He was voiced by Michael Bell, who also voiced one of the Straycatchers in the same movie and Dr. Frankenstein in Alvin and the Chipmunks Meet Frankenstein.

Ferdinand is a very fat dachshund and he moves on a skateboard because he can't do anything with legs and he can't run or walk because of how fat he is.

He was later seen when his owner, Aunt Figg caused him to fall into water by rolling him away which caused him to almost drowned. He later survived from drowning.

At the end, Ferdinand, along with Aunt Figg and Lickboot are defeated by Ferdinand making himself, along with Figg and Lickboot fall into Robyn's boat and it sails them away. It is possible that the trio got arrested for their crimes and Robyn's father has cancelled and postponed the $1,000,000 reward for Robyn. 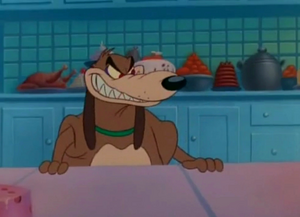 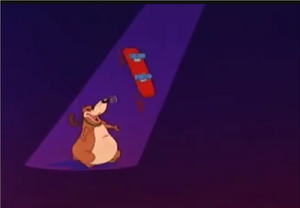 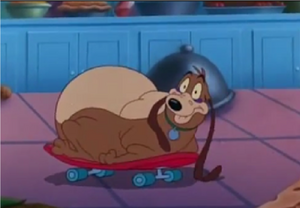 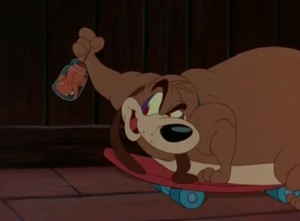 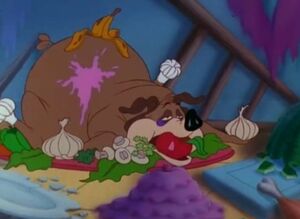 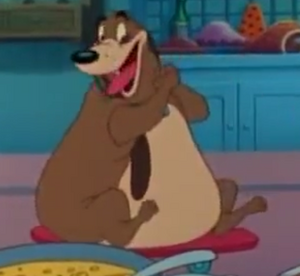 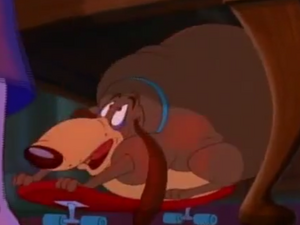 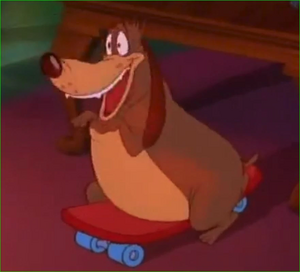 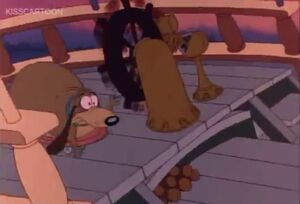 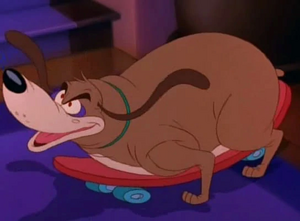 Retrieved from "https://villains.fandom.com/wiki/Ferdinand_(Tom_%26_Jerry)?oldid=4271560"
Community content is available under CC-BY-SA unless otherwise noted.