Transform Zofia's society into a strict hierarchy where monarchs and nobility hold the most power. (failed)

Fernand is a major antagonist of Fire Emblem Echoes: Shadows of Valentia, the remake of Fire Emblem Gaiden. One of the founding members of the Zofian resistance army called the Deliverance, Fernand abandons the group when fellow founder Clive cedes his leadership to the commoner Alm. He then sides with Desaix and becomes a soldier of Rigel.

He is voiced by Kenji Nojima in Japanese, and Ray Chase in the English dub, whom also voiced Zash Caine from Fairy Tail: Dragon Cry and Gabriel from Malignant.

Fernand is a young man with a narrow face and short gray hair. He wears green armor over dark green pants.

Fernand is a blunt man who freely speaks his mind about anything that offends his moral scruples. Before the death of his parents, he was fiercely loyal to the Kingdom of Zofia and his close friend Clive. After his parents were killed in a peasant insurrection, however, Fernand developed a deep hatred for the lower class, to the point of abandoning the Deliverance when a Alm becomes leader, and insulting Lukas for being born in a lesser noble house. When fatally wounded, however, Fernand realizes his bigotry blinded him to the truth and regrets his actions.

The second child of a Zofian noble family, Fernand was very close to his parents, elder sister and two younger half-siblings, all of which he was close to. Young Fernand also befriended the siblings Clive and Clair, as their family and his shared deep ties.

When Zofia's patron goddess Mila vanished, the country entered a terrible famine. Zofia's misfortunes continued when Desaix became Chancellor of Zofia, as he heavily taxed the people and allowed corrupt soldiers and ruffians to steal from the populace.

Together Fernand, Clive, Clair, and Clive's fiancé Mathilda founded the Deliverance, a resistance army determined to overthrow Desaix and liberate Zofia. However, many commoners felt that Zofia's nobles were hoarding resources at the expense of the masses. This sentiment led to a rebellion that reached Fernand's estate, resulting in the deaths of his parents and siblings. Though Fernand continued to oppose Desaix, this event caused him to develop an immense hatred for commoners.

After learning that Desaix's men took Clair captive and held her at the recently claimed Southern Outpost, Fernand rode to aid her. However, he discovered that fellow Deliverance member Lukas already liberated the outpost and rescued Clair with the help of Ram villagers he recruited, including a young man named Alm. Fernand was frustrated that Lukas has allowed commoners to join the Deliverance, but Clair reminded him of Clive's belief that a soldier's worth is not determined by their birth. Clair decided to remain with Alm's group instead of immediately leaving with Fernand, causing him to return to the Deliverance Hideout in disgust.

When Alm's group finally arrived at the Deliverance Hideout, a grateful Clive happily greeted them and ceded his leadership to Alm on the spot. Noting their surprise and Fernand's outrage, Clive explained that with an increasing number of commoners joining the Deliverance, they would resonate more with the grandson of the former Zofian general Mycen, who himself rose from humble beginnings to become a legendary knight. This failed to mollify Fernand, who he immediately left the Deliverance, and was promptly arrested by Desaix's soldiers. At Zofia Castle, Fernand was brought before Desaix himself and told the chancellor of both his decision to abandon the Deliverance and the group's new leader. Mulling over this new information, Desaix decided that in lieu of killing Fernand, he would have him serve under Berkut, the Imperial Prince of Rigel, who Desaix believed better fit Fernand's ideals. Fernand tells Berkut of Alm, and is won over when Berkut states that a commoner cannot hope to successfully lead an army. When the Deliverance stormed Zofia Castle, both men watched the battle between them and Desaix's forces, but the Deliverance proved victorious, forcing the two to withdraw.

Fernand reappeared before a shocked Deliverance in Northern Zofia, as part of a Rigelian battalion led by Zakson. Fernand explained that he believed Rigel's morals were worth fighting for, and that he would prefer Valentia united under Rigel's banner than for Zofia to be given over to commoners. Fernand also told Clive that he was wrong in making Alm the leader of the Deliverance, since Alm is not really Mycen's grandson. The Deliverance killed Zakson in the ensuing battle, forcing Fernand to retreat. He rejoined Berkut and a second Paladin at the Forest Crossroads, where the prince decided to challenge the Deliverance for "sport". This proved to be a misjudgment on Berkut's part, as all three were soundly defeated and forced to withdraw. Before leaving for Rigel, Fernand visited Desaix's Fortress, where Mathilda was held prisoner, and notified her of his decision to leave the Deliverance. Mathilda attempted to convince Fernand to reconsider, but he stated no longer desired to fight for Zophia. However, he admitted that were she by his side earlier, he might have remained with the Deliverance. As Ferdinand departed, he said what he expected to be his final farewell to Mathilda, as Desaix planned to execute her.

Fernand later encountered the Deliverance at the Zofia/Rigel border, where Berkut intended to restore his honor. Despite their best efforts, Fernand and Berkut's forces again fell before the Deliverance. Fernand told Berkut, but with his pride wounded, Berkut broke a mirror that had been given to him by the Nuibaba of the Duma Faithful. The undead hands of numerous Terrors emerged from the earth and attacked the Deliverance. Though Alm was able to reverse the mirror's spell, Fernand was visibly shocked at what happened, begins to question the true goals of Rigel and the Faithful.

Upon his defeat, a dying Emperor Rudolf revealed that Alm was his true son, making him the rightful successor to Rigel's throne. Looking for Berkut to console him, Fernand found him deep in Duma Tower, having sacrificed his fiancé Rinea to Duma for power. Maddened by his need for revenge, Berkut forced Rinea, now a soulless Witch, to attack Fernand, severely wounding him. He had just enough strength to reach Duma Tower's entrance, where he encountered the Deliverance one final time. Collapsing into Clive's arms, Fernand begged Alm and Clive to stop Berkut and Duma, and apologized for to Clive all of his actions, before passing away.

Fernand was first made available to Fire Emblem Heroes summoners on June 9, 2021 as the fifty-sixth Grand Hero Battle. His outfit is based on his design from Shadows of Valentia. 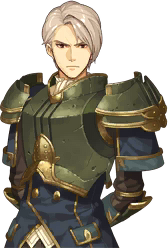 Fernand's cavalier map sprite as a member of the Deliverance. 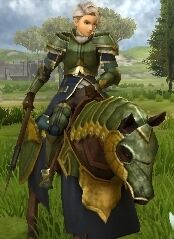 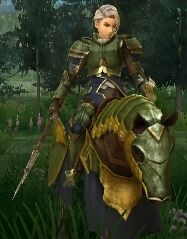 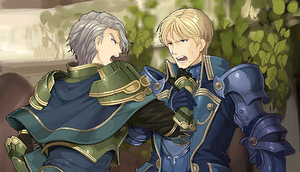 Fernand furious over Clive's decision to cede his leadership to Alm. 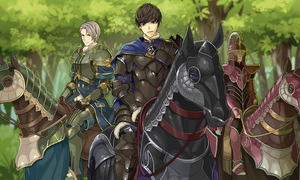 Fernand, Berkut, and a Rigelian cavalier at the Forest Crossroads. 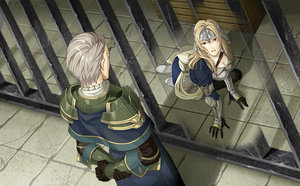 Fernand telling Mathilda he has sided with Desaix. 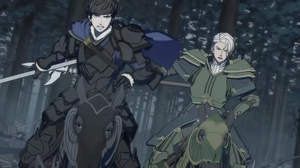 Berkut and Fernand engaging the Deliverance at the Zofia/Rigel border. 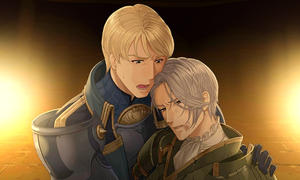 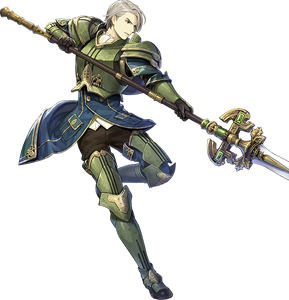 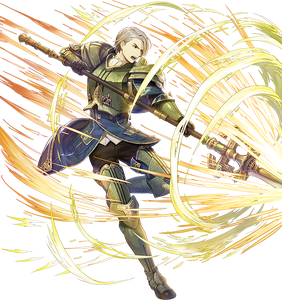 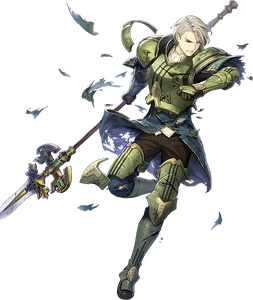 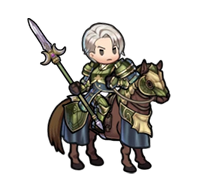 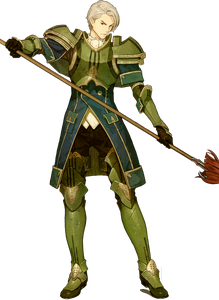 Official artwork of Fernand for Shadows of Valentia. 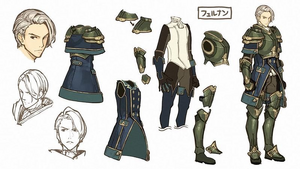 Concept art of Fernand for Shadows of Valentia. 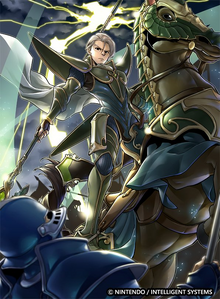 Artwork for a Fire Emblem 0 trading card of Fernand.