Kill every living being that it encounters

Fiddlesticks, also known as The Ancient Fear, is a villainous playable character in the multiplayer online battle arena game League of Legends.

A primordial demonic being that has awaken from its slumber, Fiddlesticks seeks to prey on the fears of every sentient being that it encounters, and to consume the life of everything it has in front.

Released on February 21, 2009, Fiddlesticks is one of the 17 original champions featured in the game at launch. Fiddlesticks was later reworked on April 1, 2020, and is most commonly played in the jungle.

The demon that is only known as 'Fiddlesticks' is a primordial demonic entity that has been existing in Runeterra (Earth in League of Legends lore) since even before the rise of civilization. Little to none is known about it, but some say that it comes from a race of extremely powerful demons known as the Ten Kings that had been predating on humankind since immemorial times. It is the first born of the lineage, being the oldest and most powerful of them and probably, also the most powerful demon in Runeterra.

Its ability to know the fears of any sentient being (not limiting only to humans) and use them to lure, provoke, or simply drive its victims to insanity before sucking the life out of their bodies made it one of the most dreaded beings in the land. However, thanks to a series of unknown events, the demon and his brothers were sealed for ages in an eternal slumber, saving mankind from their reign of terror, though without the influence of the Kings this also allowed lesser demons like Evelynn or Tahm Kench to prey on humankind using different aspects and defects of the human psyche (both representing agony and addiction respectively). The story of the First of Ten became an urban legend in Runeterra, as the form of "Fiddlesticks" or "The Scarecrow", a fable that is told from mouth to mouth from the ancient fear that once isolated humanity. Unfortunately, Fiddlesticks is very real.

It is unknown what were the events that lead to Fiddle's awakening, but stories say that a 'young mage' somehow summoned it in an unknown tower at the edge of the sea, breaking the seal and releasing Fiddlesticks into Runeterra once again. What happened to it and the tower were eventually lost in time. Fiddlesticks on the other hand found its way to the Rocky Highlands in Demacia, attracted by the fear and paranoia Sylas' rebellion brought to the kingdom, with the intentions of preying in everything that it has in front. Rural protectors, travelers and even royal guards began to mysteriously disappear from the roads in the Demacian hinterlands, and those who manage to come back return as nothing but withered husks, traumatized of an apparition that manifests itself as the form of a demonic scarecrow that croaks in the stolen voices of the dead.

In game, Fiddlesticks is a specialist-type character, utilizing unique crowd control and area of effect spells to its advantage. Fiddlesticks can use Terrify to scare enemies away for a few seconds, Bountiful Harvest to drain life from them, and Reap to swing its scythe to deal damage, silence, and slow them. Its passive, A Harmless Scarecrow, allows Fiddlesticks to place scarecrow effigies to grant vision and mimic its own movements, and Fiddlesticks can disguise itself as one of these in hopes of catching opponents off-guard. Fiddle's ultimate, Crowstorm, is a powerful, channeled ability that summons a murder of crows in a radius around Fiddlesticks that deal magic damage to its enemies.

Unlike other demons, it is not clearly stated that Fiddlesticks has moral agency, and works in nothing more than a force of evil, created by the countless negative emotions of all life that acts as pure instinct. However, there are hints that Fiddlesticks is sapient at some degree, as it recognizes and names other demonic entities and knows how to use its abilities of fear knowledge to mock its victims about previous traumatic events, though this may be purely act of its malevolent nature. It is unknown however if Fiddle actually needs to prey on humans for merely survival, of it does so simply because its instincts work that way. It is always represented as a force of pure and raw evilness that solely exists to bring chaos to existence, and bring end to everything in the world. 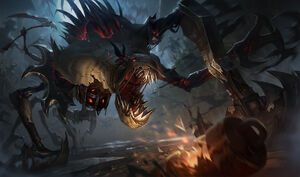 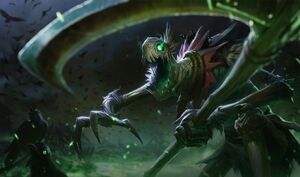 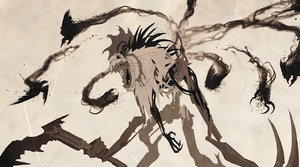 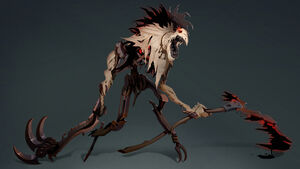 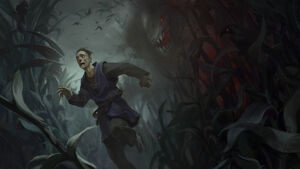 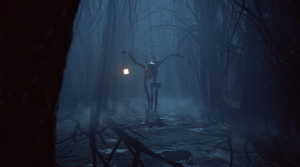 Fiddlesticks in "Terror in Demacia". 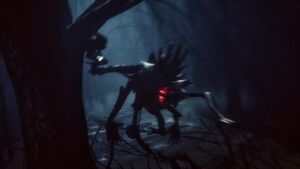 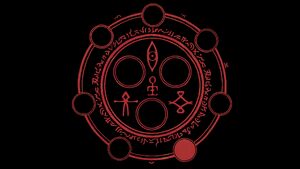 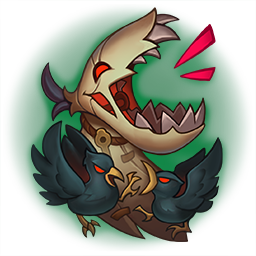 An emote of Fiddlesticks. 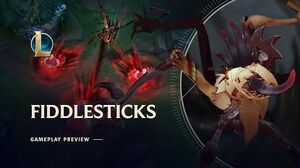 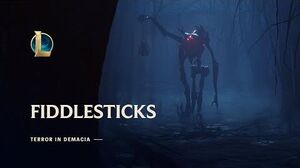 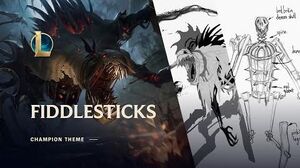