Raid and plunder anyone they stumble upon.

The Fiends are the main antagonistic group of Raiders in Fallout: New Vegas. They are a completely murderous band of drug-addicted lunatics who terrorize the ruins of Southern Vegas from their base at Vault 3, which was one of the few vaults with no negative side effects and was filled with peaceful and happy people until the Fiends came and murdered everyone.

The Fiends closely resemble the raiders from Fallout 3 and all wear distinctive horned helmets which identify them as Fiends.

During combat, they constantly say "You like the sight of your own blood?". 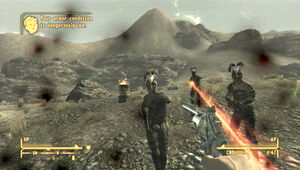 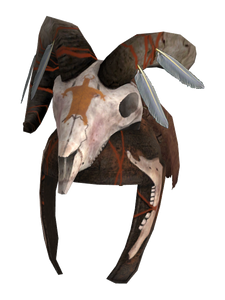 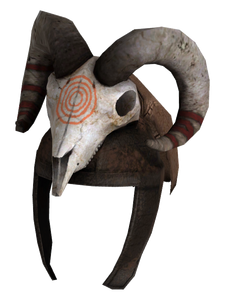