Filch is a Decepticon member which transforms into crow and one of the Alchemor inmates as well as one of minor villain in in Transformers: Robots in Disguise.

She is a Corvicon, a sub-group of Decepticon that excels in stealing shiny objects.

It was unknown what crime she committed back in Cybertron, but giving her kleptomaniac tendencies in stealing shiny object, perhaps this was the sole reason, if never involved in Cybertronian Civil War.

One of the many prisoners aboard the Alchemor, Filch was freed from her stasis pod when the ship crashed on Earth. She began nesting in the torch atop the Crown City Colossus outside Crown City and collected any shiny objects from the surrounding area that caught her interest. She was eventually detected by the Autobots, resulting in her getting into a scuffle with Bumblebee's team until she spotted a shiny transmission tower insulator and flew off with it. She next attempted to steal a beam from the bridge into Crown City, only to end up in a tug of war with Bumblebee, until she made off with both the beam and Denny Clay (his hat was shiny!), depositing both in her nest. When the Autobots caught up with her and started climbing the statue to rescue Denny, she fought them until they managed to render her unconscious. They took her back to the scrapyard to be placed back in a stasis pod. Filch's stasis pod was later taken back to Cybertron by Optimus Prime, Windblade and Ratchet. 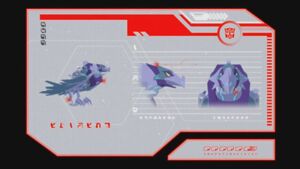 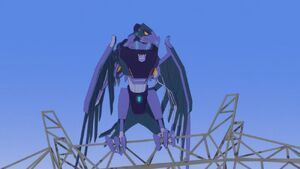 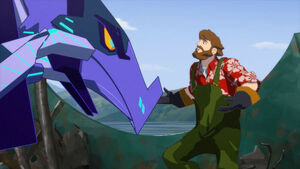 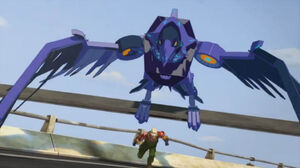 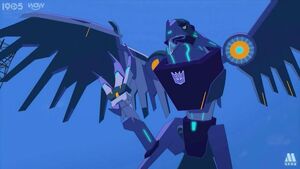 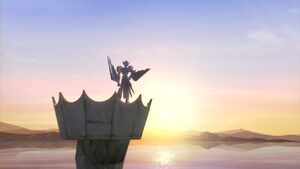 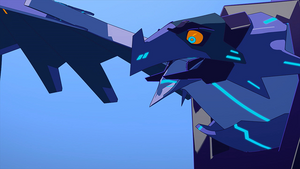 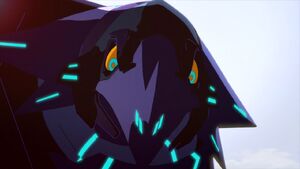 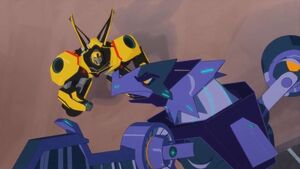 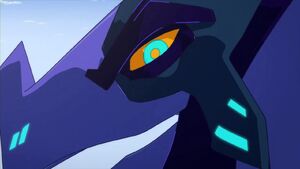 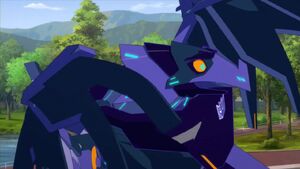 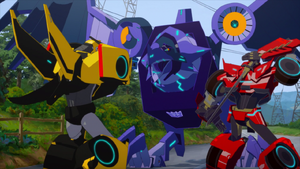 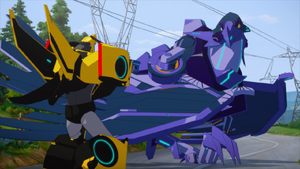 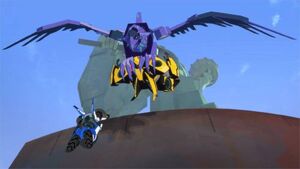 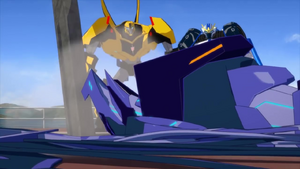