Firebrand is manevolent and cunning, only fueled by patriotism to his own realm and it's people. He loves stopping would-be heroes like Arthur, however he also enjoys stopping tyrants from taking over the realms.

Fireband in the intro for Ultimate Marvel vs. Capcom 3. 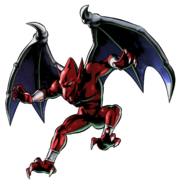 Firebrand in Ultimate Marvel vs. Capcom 3.

A wallpaper for Firebrand.

Firebrand among the Heralds of Galactus. 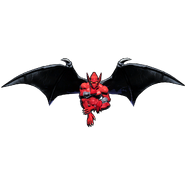 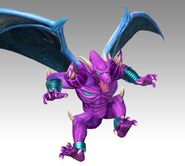 Retrieved from "https://villains.fandom.com/wiki/Firebrand_(Marvel_vs._Capcom)?oldid=4132523"
Community content is available under CC-BY-SA unless otherwise noted.