Burn down all the fire stations in Gotham City.
Kill Batman as revenge for leaving him on Pioneers Bridge to be arrested (all failed).

He is a psychotic serial arsonist who seeks to engulf the entirety of Gotham City in flames.

He occasionally works as a criminal-for-hire, such as when he was hired along seven other assassins by Black Mask, to kill Batman and when he worked with Chief Raymond Underhill to create fires so he could save his colleagues' jobs.

He was voiced by Crispin Freeman, who also voiced Alucard in Hellsing, Helios in God of War III, Bruce Irvin in the Tekken series, Tapirmon in Digimon Frontier, Fuuma Monou in the X tv series, and Jeremiah Gottwald in Code Geass.

Garfield Lynns was a pyrotechnic who worked as an FX Artist at Pannessa Studios. That career ended after the studios went bankrupt after a financial flop from making The Inferno. The owner of the studios, Tomaso Panessa, was forced to fire Lynns to save money (rather than be more frugal about his own living conditions), but was killed by Lynns immediately afterward, as Lynns spit nitroglycerine into Panessa's burning cigar.

Afterwards, Lynns was employed by the military, until he fully embraced his identity as a psychotic pyromaniac and stole military grade weaponry and a jet pack while taking on the alias of "Firefly". By that time, he had already had multiple accounts of arson and robbery.

Firefly was one of the eight assassins hired by Black Mask (who was later revealed to be the Joker) to kill Batman for $50 million.

He is first seen in person at the assassins' meeting in the Royal Hotel along with Bane and the Electrocutioner, where the client is revealed to be the Clown Prince of Crime himself. After the meeting, he flies off to the Gotham Pioneers Bridge, where he sets up 4 bombs. Later, after Batman discovers that Bane knows his secret identity, he intercepts a broadcast from the GCPD about Firefly saying that he'll detonate the bombs if anyone but Batman approaches the bridge. According to one of Firefly's henchmen in a conversation with SWAT Division leader Howard Branden when he was held hostage, Firefly packed the bridge with enough explosives to have the resulting explosion be heard throughout at least Gotham City, if not the entire eastern seaboard region of the United States.

Knowing that Firefly's bombs will put innocents in danger, Batman goes to the bridge. He disables three of the bombs, one in the Boiler Room, one in the Train Station and one in the South Pillar. However, before he can disable the last bomb he is confronted by Firefly, in which Batman informs Firefly that the Joker's been captured, and thus he has no purpose to continue in pursuing the bounty. However, Firefly admits that he doesn't really care about the money and only wanted to pursue it to get the chance to cause arson-related destruction to anything he can get his hands on including Batman.

During their battle, Firefly finds the detonator when his flamethrower was knocked over one of the destroyed cars and proceeded to taunt Batman with the latter being "a bat that can't fly" but discovers that the final bomb does not go off, as the GCPD bomb squad managed to get the bomb before Batman. Enraged, Firefly chased Batman to the other side of the bridge as they continue to fight. As Firefly tries to retreat after unleashing a series of explosions near Batman, Batman latches on with his Batclaw, causing them to crash-land on a support of the bridge, where he destroys Firefly's jetpack and subdues him, leaving him hanging from the bridge's support for Captain James Gordon and his officers to capture.

In a bathroom cabinet within the Island's Medical Facility in the Patient Observation Room, Batman can find a newspaper featuring Firefly nearby his flame-throwing backpack and nozzle. Scanning this will unlock his character bio.

In Batman: Arkham Unhinged, it is revealed that Firefly is secretly operating with Black Mask in his own newly-formed gang and assisted him with his first (and successful) breakout attempt from Arkham City. However, during the escape, Firefly was left behind by the gang and disappeared.

Firefly appears in "Arkham Knight". While Scarecrow and the Arkham Knight militia attack the city, Firefly incinerates the firestations in the city. After Batman witnesses the first firestation going up in flames he pursues Firefly, who flies away with his jetpack. While pursuing Firefly through the city, Firefly tries to stop Batman by dropping napalm bombs onto the road which Batman needs to avoid. However, after burning down the third station Batman manages to stop Firefly, riding the pyromaniac's jetpack onto the roof of the GCPD building, where Firefly is taken into custody.

It is later revealed that Firefly was employed by Chief Underhill, who wanted to make sure that his troop of firemen could keep their jobs.

Firefly was first introduced as a mercenary driven by money, so much that he was prepared to destroy an entire bridge of innocent hostages as to force Batman out of hiding. Though pyromaniac, Firefly displayed more interest in money however he admits to Batman that he does "stare at flames for hours", normal obsessive personality traits of people who have pyromania. Firefly also has a habit of gloating and mocking his opponents, even during battles a trait which was shown upon Gotham's Pioneer Bridge.

Nearly 10 years after their encounter, when Gotham City was abandoned because of Scarecrow's terrorist threat, Firefly had no incentive as to burn down the buildings he did, unlike AO in which he nearly destroyed a bridge for 50,000,000 he simply did it because he enjoyed it. Firefly is also obsessively vengeful and admits to Batman that him attacking him was "payback for leaving [him] on that bridge." He has also shown to hate anything that may underwhelm, silence or destroy fire and was not coincidental that he had 30 firemen kidnapped and nearly killed.

As a mercenary for hire, Firefly displays no one-sided loyalties as long as he gets paid. The only thing he shows genuine respect towards is fire. While in AO he used pyrotechnics as a weapon, in AK his obsession became more intense, he has described it as "man's one and only triumph", claiming it to be purifying. Also he states that pain is purifying, a possible reference to Firefly's own third-degree burns which he has presumably begun to see as a rite of some kind. Making it entirely possible that he doesn't simply burn buildings and people for entertain to his own sadistic pyromania but to make everyone else "pure" through flames the same way Firefly was. He has also become more prophetic and unstable, almost seeing it as the nature of all things to burn and he was simply speeding things up by doing his line of work, once he even says while locked at GCPD that fire was nature's way of clearing the path, a further testament on how he's begun to see fire as cleansing. When being defeated he even screams "Gotham must burn" proving him to be the pathological and compulsive arsonist that he is. 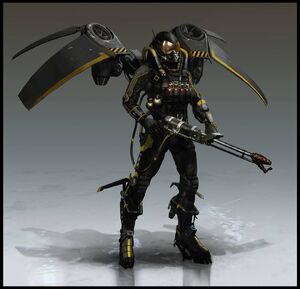 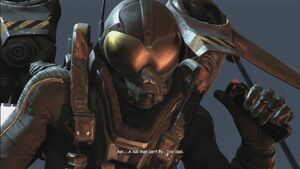 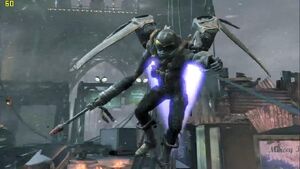 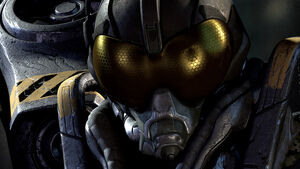 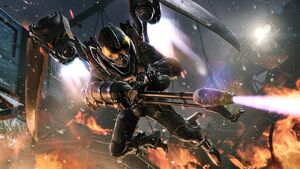 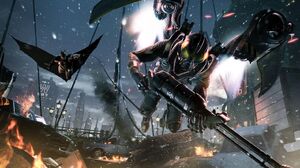 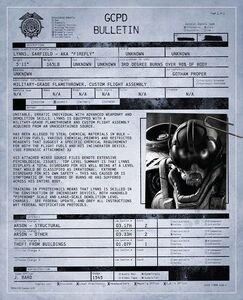 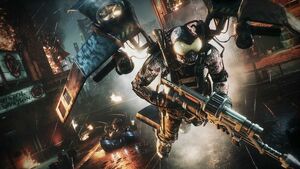 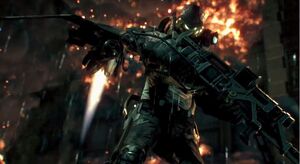 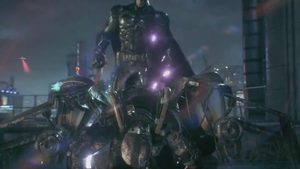 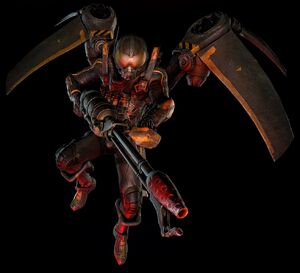 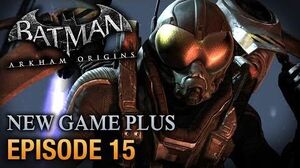 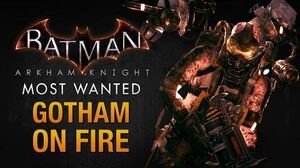