Fish Eye (in Japanese: フィッシュ・アイ Fisshu Ai) is an antagonist in Sailor Moon. Once a normal fish, he is a member of the Amazon Trio who serves Zirconia.

Fish Eye has long, wavy blue hair worn in a ponytail. He wears earrings on his pointed ears and has a stone on his forehead. His outfit consists of a light blue jumpsuit with a pink silhouette of a fish on the chest. He wears pink high heeled shoes on his feet. He is openly gay and enjoys cross-dressing.

Unlike Tiger's Eye and Hawk's Eye, Fish Eye never shows any interest in girls. His preferred targets are men. Fish Eye uses cross-dressing to lure in victims, getting them to fall in love with him before revealing his true form. Fish Eye only disguises as a man once in an episode where the victim, a fashion designer, was implied to be gay. The Lemures that Fish Eye summon are also male.

Fish Eye makes six attempts to find Pegasus, the last of whom is Mamoru Chiba (Tuxedo Mask). After he is rejected, he later finds out that Usagi Tsukino is Sailor Moon and that Chibiusa is the holder of Pegasus. However, Zirconia believes Usagi to be the holder, and sends Hawk's Eye after her. Fish Eye tries to stop Hawk's Eye, but then the Amazon Trio is attacked by Para Para's Lemure, who kills Hawk's Eye and shatters Usagi's dream mirror. 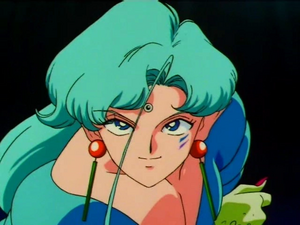 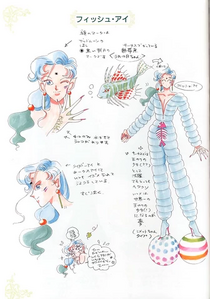 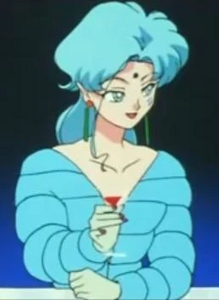 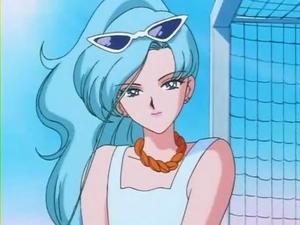 One of Fish Eye's disguises. 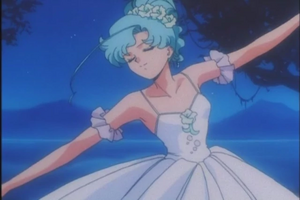 Another of Fish Eye's disguises. 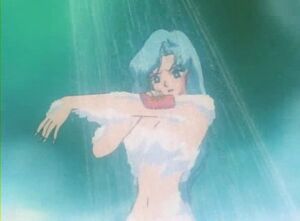