Secreting poisons.
Killing any intruders to its lair.

Flaahgra is a boss and minor antagonist in Metroid Prime. It is a monstrous plant that Samus Aran encountered in the Sun Chamber, and the one responsible for contaminating the waters of the Chozo Ruins with its poison.

Flaahgra was once a regular plant or Bloodflower, presumably sacred as it was stored within the Chozo's Sun Chamber. When Tallon IV was infected by Phazon, it mutated the plant beyond recognition, and from it emerged a vile beast. It secreted a poison that contaminated the waters of the Ruins.

When Samus enters the Chozo Ruins, Flaahgra's corrosive poison and tentacles prevent her from traversing most of the area, forcing her to face the monster. Flaahgra attacks by using its sharp scythe-like claws and breathing a toxic fume, as well as summoning poisonous sharp weeds through the arena that damage Samus upon contact. Because Flaahgra has a strong exoskeleton that prevents it from taking damage, Samus should instead target the four solar panels surrounding the beast and blast them upwards to deactivate them, although shooting missiles at Flaahgra's head stuns it temporarily. Once the panels are retracted, Flaahgra collapses, retracting the tentacles that guard four small tunnels that lead to Flaahgra's central nervous system. Samus must then enter one of the tunnels via the Morph Ball and implant a bomb a slot on the edge of the creature's base.

Once all four slots have been bombed, Flaahgra shrinks once again within the flower, trying to save itself by unleashing weeds. From the flower does the poison turn into water, restoring the aquatic sections of the Chozo Ruins. The exit to the room opens up and repairs Samus' Varia Suit. 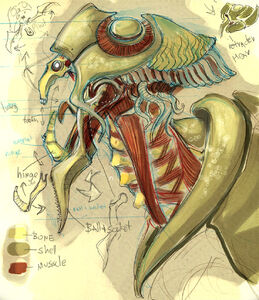 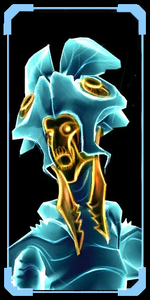 Flaahgra's head after being scanned. 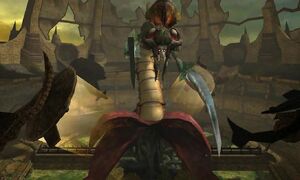 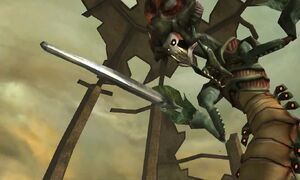 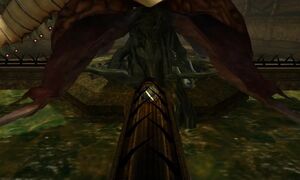 Samus bombing one of Flaahgra's tunnels. 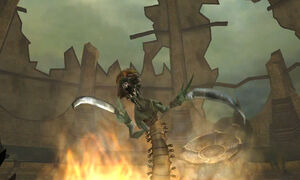 Flaahgra retreating into its flower. 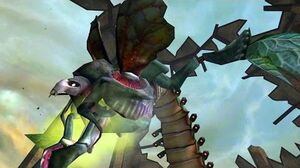 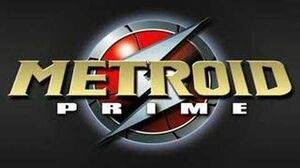