Destroy all symbols in the world.

Flag-Smasher is a major antagonist in Marvel Comics. He is a supervillainous terrorist who becomes rivalled with Captain America and is also the leader of U.L.T.I.M.A.T.U.M., a terrorist organization that wants to unite mankind and separate them from their symbols. He is also an enemy of Ghost Rider, the Punisher, and Moon Knight. There are three incarnations of the character, the first and original is Karl Morgenthau, the second was Guy Thierrault, and the third was Carl.

The man who would become Flag-Smasher was Karl Morgenthau, the son of an ambassador. As such, he saw all of the war and violence in the world. He also saw the attempts to end the fights that were futile. After his father was killed by an angry mob, he decided to end war with the only language he felt was universal, violence. He became a pure anarchist, hating any form of government and seeking a one-world order.

Flag-Smasher has a durable armor-suit, as well as goggles that are resistant to bright lights. He wields a mace as a weapon, but sometimes uses guns and flamethrowers. Karl returned to New York and started assaulting on symbols such as national flags and embassies, and would battle the patriot superhero Captain America. After being defeated by Captain America, Karl was deported from American, and joined U.L.T.I.M.A.T.U.M. since their goals matched his. Flag-Smasher later became the ruler of Rumekistan by the V-Battalion until he was assassinated by Domino, allowing Cable to become the leader of the nation.

Carl became the next incarnation after killing Thierrault, and attempted to get revenge on Deadpool for his actions, but failed and was killed by the mercenary. 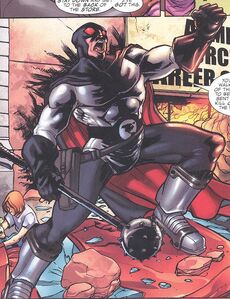 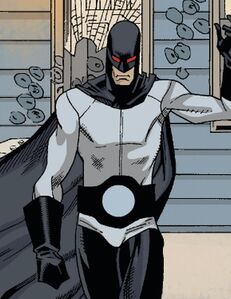 Erin Kellyman as Flag-Smasher in the series, The Falcon and the Winter Soldier.