Frighten as many people as it can (possibly).

The Flatwoods Monster, also known as Braxton County Monster or Phantom of Flatwoodsis, a famous UFO-related cryptid that, while not necessarily violent in the sense of wishing deliberate harm on others, is noted for being a creature that (supposedly) caused danger to those it encountered.

The Flatwoods Monster was described as over 10 feet tall and having a strange ace-of-spades shaped head, colored red, while its body was green. Depending on the witness, it either had no arms or very small stubs with sharp claws.

The creature was supposedly encountered by several people during the course of September 12, 1952, and some witnesses claimed the creature hovered towards them emitting a shrill hissing sound, causing them to flee. Others claimed animals such as dogs would flee with their tails between their legs in fright.

However, the real danger of the Flatwoods Monster did not reveal itself until later when many of the witnesses reportedly became ill, and upon going to the doctors, they were diagnosed with symptoms similar to those of people who had been exposed to mustard gas (whether this was deliberate exposure or not will likely never be known).

Yet on a more rational basis, the symptoms the witnesses had are also common to those caused by post-traumatic stress. At any rate, it suggested a frightening experience. One witness claimed her daughter was so distressed upon seeing the Flatwoods Monster she had to be admitted to a local Hospital. 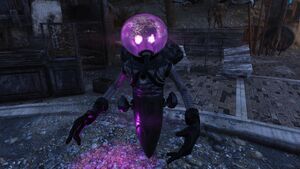 The Flatwoods Monster as it appears in Fallout 76. 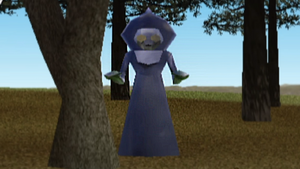 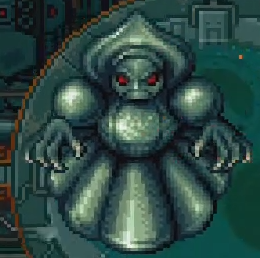 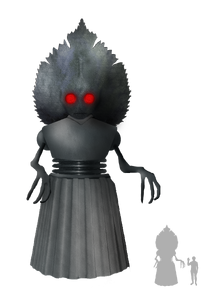 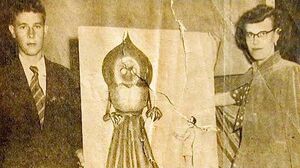 Who is the Flatwoods Monster? (ft. Tenebrous Jim)