Initially a member of the Survey Corps and one of the nine survivors of the Battle of Shiganshina, Floch eventually dived into extremist views after the existence of Marley is revealed to the population of Paradis Island. Believing that only Eren Yeager can lead Eldia to victory against Marley, Floch either forms or joins the extremist Yeagerist Faction which plans to make Eren Yeager the leader of Eldia - by any means necessary.

Floch and the other Yeagerists return to Shiganshina with Zeke just in time to find the district in pure chaos - Marley has invaded Paradis once more and its titans are mid-battle with Eren in his Titan form. While Zeke heads toward the wall to defend his brother, Floch and his group gear up to attack and kill the Cart Titan. While their attack succeeds in driving off the Titan, the Yeagerists are tricked by Pieck after they split up in order to attack the Cart Titan from both sides. As Pieck fakes her death and the Yeagerists remain wondering who of them dealt the killing blow, soldiers emerge from the steam of the Titan's carcas and open fire on Floch's group. 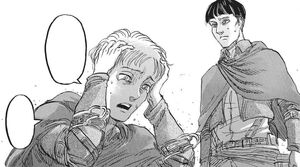 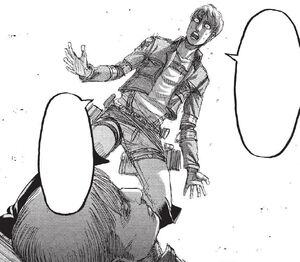 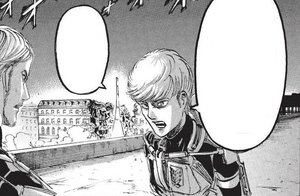 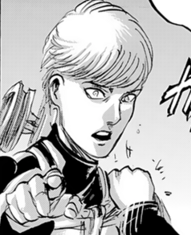 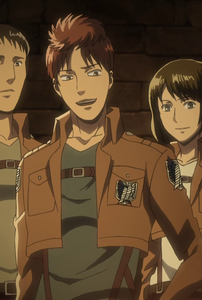 Floch's first appearance in the anime
Add a photo to this gallery
Retrieved from "https://villains.fandom.com/wiki/Floch_Forster?oldid=3279301"
Community content is available under CC-BY-SA unless otherwise noted.