Armed with sharp teeth and claws

Fluffy the Crate Beast (also simply known as Fluffy) is an antagonist from Stephen King's short story The Crate, which was shown as a segment in the 1982 horror film Creepshow.

He was portrayed by Darryl Ferrucci.

A janitor named Mike Latimer, who worked at Horlicks University was cleaning there at the zoology department at Amberson Hall, flipped a coin to decide rather to wash the hall or buff the lab windows, drops the coin and rolls underneath the stairs, discovers a crate and on the crate it has writing on it about the Arctic Expedition on June 19, 1834. Mike calls Professor Dexter Stanley about it. Professor Stanley comes over to Amberson Hall and he and Mike the janitor move the crate from under the stairs and take it to the lab. When they open the crate, they discover that the crate contains an ape-like monster which devours Mike the janitor in front of the horrified professor who runs for help. A student named Charlie Gereson, whom he runs to is Fluffy's next victim and the professor once again runs for help.

Another professor Henry Northrup suspects that his friend's story may be a way for him to be rid of his shrewish wife Wilma Northrup, which happens when Fluffy devours her. Afterwards, Henry chains the crate and takes the crate to Ryder's Quarry and dumps it into the lake with Fluffy in it. As the two men are assume that Fluffy is dead, Fluffy has proved to have survived and breaks out of the crate to wreak more havoc on shore.

As Northrup returned home and explained the situation to Professor Stanley, the boards of the crate became weakened because of the water. Able to push himself out and break his confines, the ape-like predator was finally free of his imprisonment for good. 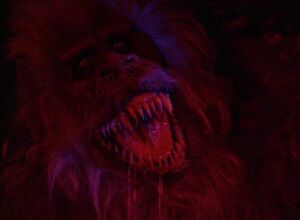 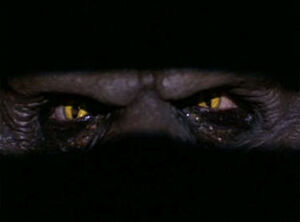 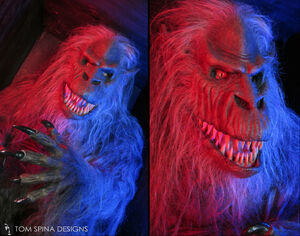 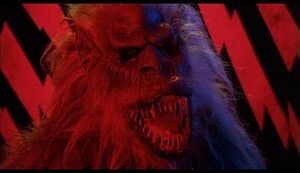 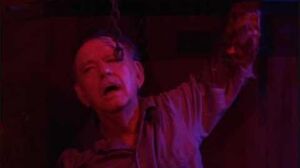 Fluffy's kills
Add a photo to this gallery

Retrieved from "https://villains.fandom.com/wiki/Fluffy_the_Crate_Beast?oldid=3335906"
Community content is available under CC-BY-SA unless otherwise noted.