Making and causing all sorts of mischief.

Obey whoever commands them to do any deed he/she wishes three times.

Kill Batman and his gang (in The Lego Batman Movie; failed).

Hybrid Animals
The Flying Monkeys are a magical namesake race of flying monkeys with feathered wings of birds and they are the Wicked Witch of The West's lackeys from the 1939 film The Wizard of Oz.

Their goal is to kidnap Dorothy and her dog Toto. Nikko is their leader. They fly out of the wicked witch's castle outside. They tore Scarecrow's legs off and his chest apart and took the Tin Man's axe away. They fly very often, but they along with the Winkie Guards became reformed after the Wicked Witch's demise.

In the book version of the Wonderful Wizard of Oz, they are the brown monkey with white wings so that they can fly. They carry the Cowardly Lion and Dorothy along with her dog named Toto.

There is another species of Flying Monkeys known as Mobats who are one of the many supporting antagonists in the 2007 Sci-Fi Channel miniseries Tin Man.

They also appear in the TV show Once Upon A Time.

Nikko is the leader of the Flying Monkeys and the secondary antagonist in the 1939 MGM film The Wizard of Oz. He is the movie version of the character called the Monkey King in L. Frank Baum's original novel, The Wonderful Wizard of Oz. Unlike the literary character, the cinematic Nikko does not speak.

In the MGM film, Nikko was played by the late veteran character actor Pat Walshe, performing with the late Margaret Hamilton as the Wicked Witch of the West.

Finley is from the Disney film Oz: The Great and Powerful. He is a flying monkey with a blue bellhop suit that befriends Oscar Diggs and accompanies him on his journey.

The Wicked Witch of the West (named Elphaba in this version), created Chistery, sewing wings onto a normal snow monkey, and experimenting with the difference between normal animals and sentient Animals. Her experiment was successful, as Chistery learned to speak but had a somewhat limited intelligence.

Chistery continued to live in the Witch's castle after her death at Dorothy Gale's hands. He lived with Nanny, who had cared for Elphaba since she was little. Years later, Liir (son of the Wicked Witch of the West) returned to the castle and met Chistery once again. During his visit, an injured princess appears and tells Chistery to go to a Conference of the Birds, but Liir agrees to go instead. 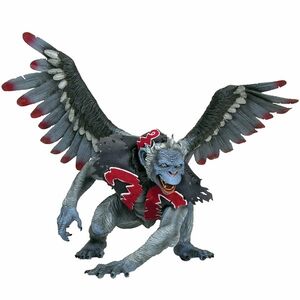 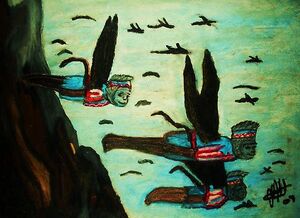 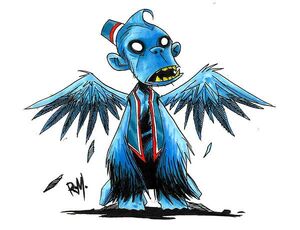 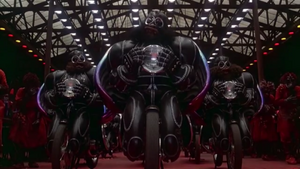 The Flying Monkeys in the 1978 film of The Wiz.
Add a photo to this gallery
Retrieved from "https://villains.fandom.com/wiki/Flying_Monkeys?oldid=3846664"
Community content is available under CC-BY-SA unless otherwise noted.