The Flying Smash is a Smash monster created by Faust and an antagonist in Kamen Rider Build.

The first Flying Smash was created from Reika Kine, the co-owner of a ferry with her husband. She was kidnapped by Faust and turned into the Flying Smash before being let loose. She was defeated by Build GorillaMond, reverting her back to her human form.

A second Flying Smash was created when Touto Institute of Advanced Matter Physics researcher and Faust agent Shingo Kuwata poured an unpurified Fullbottle onto himself to become and Smash and fight Build in order to lure him away from the Institute. He was defeated by Build LionCleaner and had his essence absorbed into an empty Fullbottle.

A Flying Smash Hazard was later created by the Hokuto government and sent to attack Touto alongside a Press Smash Hazard. They were defeated by Kamen Riders Build and Cross-Z.

A Flying Clone Smash later participated in a Seito attack on spearheaded by Evolt alongside a Strong Clone Smash. It was defeated by Kamen Rider Grease with a Scrap Finisher Kick. 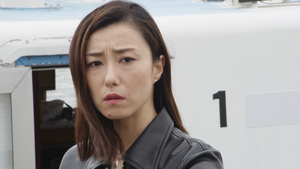 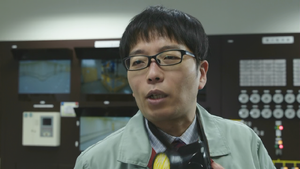 Shingo Kuwata, the second Flying Smash.
Add a photo to this gallery

Retrieved from "https://villains.fandom.com/wiki/Flying_Smash?oldid=2828215"
Community content is available under CC-BY-SA unless otherwise noted.