Monster
The Flying Fish Orphnoch is an antagonist in episodes 16 and 17 of Kamen Rider 555. His human identity is that of a man who rides on a bicycle.

He was portrayed by Ryo Taguchi.

The Flyingfish Orphnoch assaulted several humans to see if they would turn into Orphnochs. He attacked a human in front of Mari Sonoda and Masato Kusaka, the latter of whom transformed into Kamen Rider Kaixa to battle him. After being overpowered, he jumped into the river and transformed into a swimming state to run away. He later appeared in front of a car driven by Yoshimasa Morishita and attacked him to make him Orphnoch.

He later began attacking humans while riding on his bicycle and fought Takumi as Kamen Rider Faiz. He managed to overpower Faiz, but was kicked into a river by Kaixa. He reappeared at Aoba International University, where he joined the Armadillo Orphnoch in fighting Faiz. He slammed Faiz from behind, but was blown away by the punch of Armadillo Orphenok, which Faiz avoided. He died when was incinerated and disappeared after receiving the deadly kick "Crimson Smash" from Faiz.

In addition to fins on the temporal region and forearms, the Flyingfish Orphnoch can also assume a swimming state. His main weapon is a large speargun resembling a bow gun that shoots a pale arrow to inject Orphnoch energy into the target. 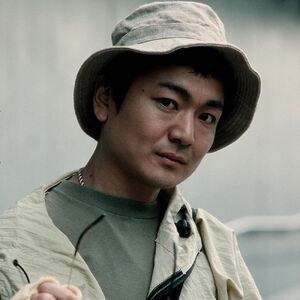 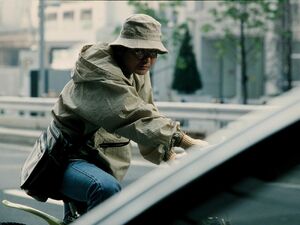 The Flyingfish Orphnoch riding his bike up beside a car. 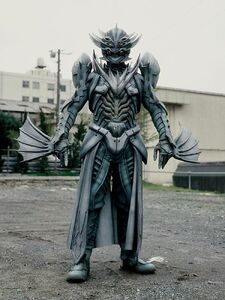 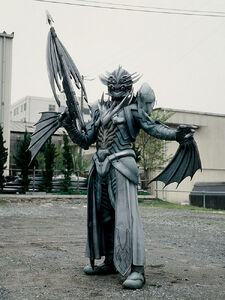 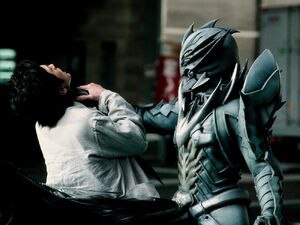 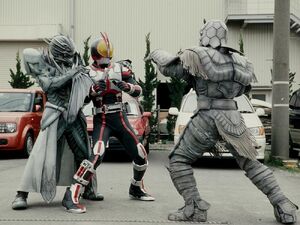 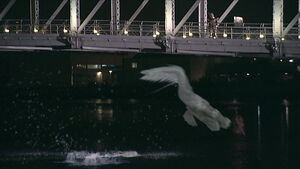 Flyingfish Orphnoch switches to its Swimming Form to escape.