Fong is a recurring antagonist who appears in the 2012 TMNT TV series. He is a member of the Purple Dragons. He appears to be the leader of the group.

He was voiced by Andrew Kishino.

Fong a Chinese American is the leader of the Purple dragons, a street thug gang from New York. He and his gang members Sid and Tsoi often work as errand boys for the Shredder in those tasks in which the Foot Clan is not necessary.

Fong like the other dragons, tattoos on his body, which consist mainly of dragon designs. He also has a scar like a birthmark on his chest.

In Never Say, Xever, he the other Dragons attack Mr. Murakami's noodle shop. The Turtles arrived and fended them off. Leonardo is about to deliver a final blow on Fong but does not due to an act of mercy. When the Turtles followed him to the Purple Dragon's hideout at the abandoned fortune cookie factory, they end up fighting the Dragons, Xever Montes, and Chris Bradford. The Ninja Turtles retreated from Bradford and Montes when the Foot Soldiers arrived. Montes attacks Fong, holding him responsible for leading the Turtles into their hideout, but then realized that the only way to convince them to stay is by holding Murakami hostage. The Turtles subdued Bradford, holding him hostage in return, but when they meet up with Montes for a trade to get back Murakami, Montes didn't seem to care and said that Bradford's "not his friend". This results in a fight between the Turtles, Foot Clan, and Purple Dragons, leading up to the fight with Montes. When Bradford frees himself with a kunai that Montes throws to him, the two double-team the Turtles and plan to dispose of them. Fong throws down one of Leonardo's swords in his act of mercy, allowing him to cut down the water tower to flush away the bad guys. Having paid his debt to Leo for sparing him, Fong flees into the night.

In Panic in the Sewers, he and his gang are still allied with Shredder and aid him in his plan to destroy the Turtles.

In Mousers Attack!, he causes trouble for them by stealing April's phone and taking it to Dogpound, again with the intention of harming the Turtles.

In A Chinatown Ghost Story, Fong, along with the other Purple Dragons, stole the Mystic Dagger and released Ho Chan's ghost, who briefly gave him the power of lightning. 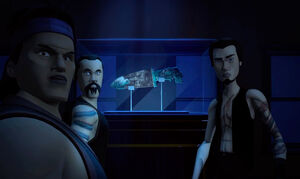 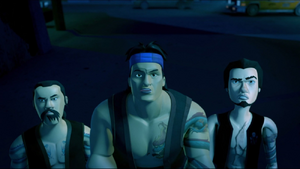 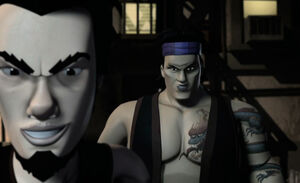 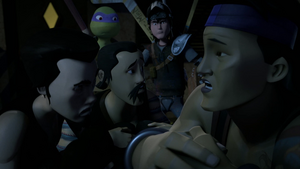