Serve the Shredder (more often than not failed).

The Foot Elite are the supporting antagonists of the 2003 Teenage Mutant Ninja Turtles cartoon series. They are a group of the best Foot ninjas that are loyal to the Shredder. They either serve as guards of the Shredder or field commanders of the Foot clan. They have the ability to teleport and they are skilled with their weapons. Each one of the Elites carries their own weapon which are a spear, a trident, an axe and a double bladed sword. Other than their weapons, it's impossible to tell one from the other.

They first appeared in "The Shredder Strikes Back", where they bowed to the Shredder with respect and then fought Leonardo. Leo puts up a good fight against the Foot Elite but in the end they overpowered Leo and sent him crashing into April's window. Later, the Foot Elite gave Leo's swords to their master, the Shredder who broke the swords. They waited for the Turtles in April's store. Mike, Don, and Ralph complimented their hats and fought them. 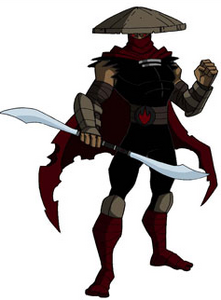 A Foot Elite ninja, who wields a double-bladed sword. 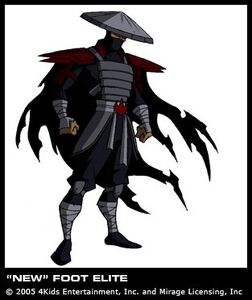 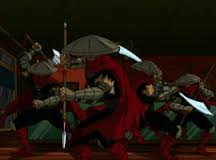 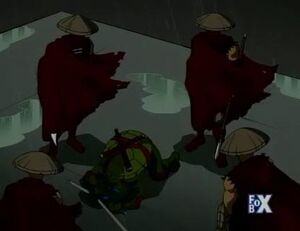 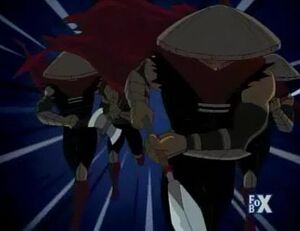 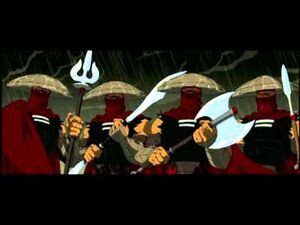