Are mainly well organized and structured.
Have similar goals and objectives.

Kill Superman and the Forgotten Heroes.

Attempted to conquer the universe

The Forgotten Villains are a group of supervillains in the DC Comics universe. They are enemies of Superman and the Forgotten Heroes and attempted to conquer the universe but were defeated by their rivals. The three main leaders of the group were the Enchantress, Kraklow, and Yggardis. Other members consisted of Mister Poseidon, the Faceless Hunter, Atom-Master and Ultivac. Their first known appearance was in DC Comics Presents #77.

The Forgotten Villains make themselves known when one of their members, Mister Poseidon, breaks Ultivac out of the Fortress of Science outside Metropolis. This leads into a confrontation with the Forgotten Heroes, who were beforehand giving a press conference in the city. Despite this encounter, Mister Poseidon escapes with Ultivac (who is under mind control by Mister Poseidon) and meets up with Enchantress. Meanwhile, Superman confronts Atom-Master, who is able to escape after a bank robbery. Later, Ultivac brings Atom-Master to the attention of Mister Poseidon, who brings Atom-Master to him, leaving him to believe Atom-Master's psionic helmet could give him power to rival that of Enchantress. However, Superman followed the radiation trail of Atom-Master's helmet and subsequently interrupts a meeting of the villains, now joined by a magical projection of Kraklow. Commanding Ultivac to attack Superman, the villains take the opportunity to escape.

After the fight, Superman meets the Forgotten Heroes, who are old enemies of the Forgotten Villains, and explains the situation to them. They then go back in time into the past by using Rip Hunter's Time Sphere to confront Kraklow. Kraklow, however, is prepared for their arrival and uses his magic to change Superman into a dragon. Animal Man is able to subdue the altered Superman and the Forgotten Heroes come up with a plan to break into Kraklow's castle on two fronts, by sea and underground through the mountain. They plan to do this by using a specially equipped mining vehicle known as the Mighty Mole. Kraklow calls Superman, who is now revived, to the castle but the Forgotten Heroes are successful in freeing him from Kraklow's control. Due to this setback, Kraklow uses his magic to send the superheroes in another period of time where they confront the Faceless Hunter from Saturn.

Meanwhile, Enchantress and Kraklow form a triad with a sorcerous being who is revealed to be a living planet known as Yggardis. Later, Superman and the Forgotten Heroes are fighting the Faceless Hunter with serious difficulty. During the battle, it appears that Animal Man is seemingly killed while saving Dolphin's life. Superman is able to convince the Faceless Hunter that he could easily defeat him and has him tell the superheroes where they can locate Yggardis that Enchantress and Kraklow need to unite with in order to take control over the universe. While Superman and the Forgotten Heroes are about to leave, a child appears and reveals himself to be the new incarnation of the Immortal Man, who was reborn after his death.

While making the trek to Yggardis, Superman and the Forgotten Heroes stop at the water world Qaria in order to come up with a plan to go to Yggardis without having to travel past a red sun that would negate Superman's abilities. The natives of Qaria encounter them and direct them to another 'outworlder' such as themselves who is Space Cabby, who gives them an offer to fly them to Yggardis. It is then shown that Enchantress, Kraklow and Yggardis use their combined powers to cause Space Cabby's ship to crash-land on the surface of the planet with an unstable core. Fortunately, Chris KL-99 and his crewmates Jero and Halk are observing the planet and its imminent destruction when they hear Space Cabby's distress call.

After the superheroes arrive at Yggardis, Chris KL-99's ship is caught in huge metal tentacle rising out of the planet. Allowing himself to be drawn into the planet by the tentacles, Superman finds himself within the hot core of the world. Despite the three powerful sorcerers combined powers and the universe beginning to succumb to them, the Forgotten Heroes follow Superman under the surface of Yggardis, while the Atom-Master and Mister Poseidon realize there is no place in Enchantress's domination of the universe for them. Because of this treachery, Poseidon has Ultivac attack the Enchantress while the Forgotten Heroes rescue Superman. Noting that the underground caverns of Yggardis feel like a living membrane, Cave Carson realizes that Yggardis is a living planet. The irritation Yggardis feels from an attack by the fleeing Forgotten Heroes is enough to finally break the triad of sorcerers. After this, most of the supervillains are taken into custody with the exception of Enchantress who is able to escape. She would later join Rick Flag's Suicide Squad, despite the fact that Rick was a member of the Forgotten Heroes who she had fought against with her former team. She would eventually turn heroine and stay with the team for an extended period of time. 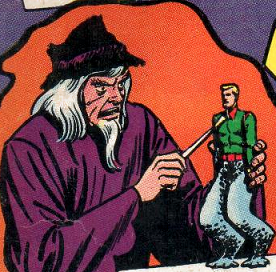 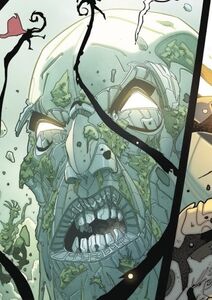 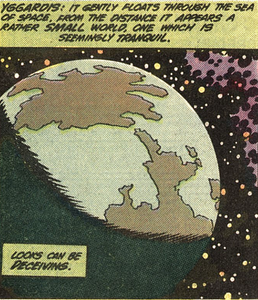 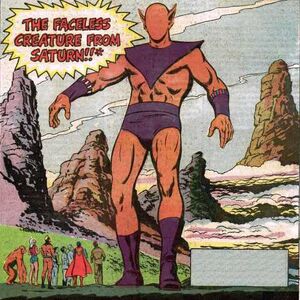 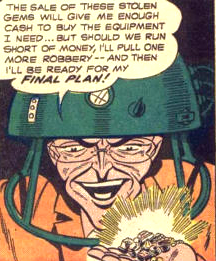 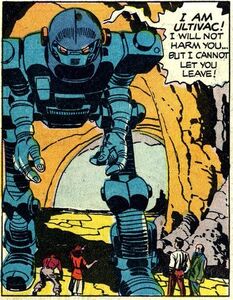