Get revenge for Sorbet and Gelato.

Formaggio is a minor antagonist in JoJo's Bizarre Adventure: Golden Wind. He is a member of La Squadra Esecuzioni, a squad of Passione specialized in assassinations, that seeks to overthrow Diavolo and take over the drug trade. He is the first member of the squad encountered by Bucciarati's group who attacks Narancia while shopping supplies and groceries for Trish Una. Formaggio wields the Stand known as Little Feet.

In Japanese, he was voiced by Yuji Kishi in the PS2 video-game adaptation of JoJo's Bizarre Adventure: Golden Wind and Jun Fukushima in the anime. In the latter's dub, he was voiced by Jonah Scott, who also voiced Phoenix Man in One-Punch Man and Jinn in Edens Zero.

Formaggio, like the rest of La Squadra, had serious hatred for their diminished role within the organization and sought for their own territory, which was repeatedly denied by the Boss. When Sorbet and Gelato, fellow squad members, tried to find out about the Boss' identity in order to blackmail him, they were captured by the Boss' men who dismembered Sorbet into 36 pieces while Gelato was forced to watch and committed suicide by swallowing his cloth gag. The remaining pieces of Sorbet were sent to La Squadra as a warning, with Formaggio being visibly shaken and disturbed by the gruesome sight. The squad decided to lay low for a while, until they found about the Boss' daughter Trish and decided to use her for blackmailing him.

Formaggio sneaks into Narancia's car while he is packing the supplies bought for Trish and interrogates him about not being present on Polpo's funeral. Formaggio uses his Stand, Little Feet, to slice Narancia across the face, prompting him to summon Aerosmith and attack Formaggio. Initially not aware of Narancia being a Stand user, Formaggio shrinks himself and hides in one of Narancia's back pockets and waits for him to shrink too. While hiding, Formaggio becomes more and more suspicious as he spots that Narancia was buying cosmetics and stockings, implying that he is buying for a girl who is unable to leave her apartment.

After Narancia starts to shrink, he quickly runs towards the nearest pay phone but is unable to call as Formaggio quickly cuts the wire with his Stand. He then finds out with Aerosmith's CO2 radar that Formaggio is hiding in his back pocket and tries to kill him but Formaggio manages to escape by returning a pen in its original size, using its recoil to fly him across the street. Unaware of Aerosmith's radar, Formaggio is constantly spotted so he ends up hiding inside a sewer and riding on a rat within a herd. Narancia sees with his radar that one of the rats is breathing harder than usual and fires but Formaggio returns back to his normal size before receiving any grave injuries.

Formaggio then captures Narancia and traps him inside a bottle with a large spider and starts interrogating him on Trish's location. He then finds Narancia's map which pinpoints the exact location and is about to leave until one of the car gas tanks, previously fired by Aerosmith, suddenly explodes and lights Formaggio on fire, also returning Narancia to his normal size. Formaggio tries to save himself by shrinking but Narancia uses Aerosmith to detonate all the cars around them, causing Formaggio grave burn damages. Back at normal size, Formaggio and Narancia engage on a duel of Stands but Aerosmith proves to be faster and more destructive and shoots Formaggio full of holes, killing him for good.

Formaggio's Stand, Little Feet, is a Stand often ridiculed by his former squad members for being completely useless but Formaggio compensates this by using its power with innovative ways. He can quickly shrink himself, thus making himself practically invisible, and hide within cramped spots, enabling him to infiltrate Narancia's car without him noticing. Little Feet can also shrink other people, albeit slower than its owner, by slashing them with its claws. Items and clothes carried by the person also shrink in size unless being disposed of, when they stop shrinking.

In terms of assassination, Little Feet can be a very useful Stand if used correctly. As demonstrated in an exclusive scene in the anime, Formaggio hides a miniature-sized car in a target's glass and then returns it back to its normal size when the car is inside the target's digestion, killing him gruesomely and without leaving any evidence but also causing some collateral damage. 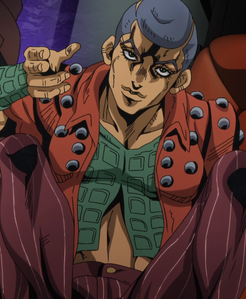 Formaggio in the anime. 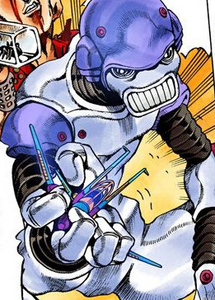 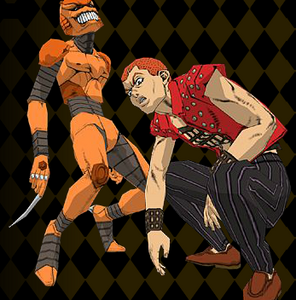 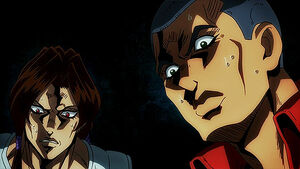 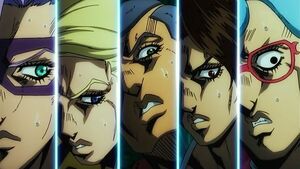 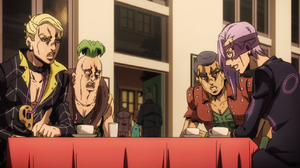 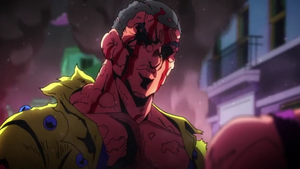 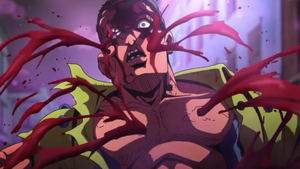 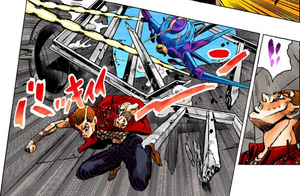 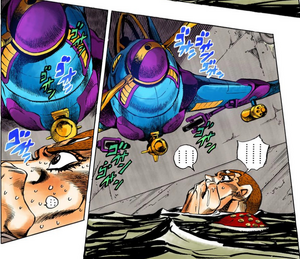 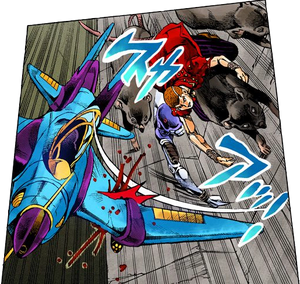 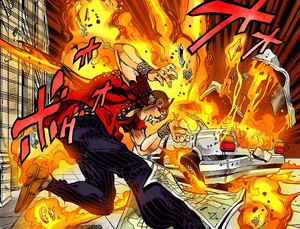 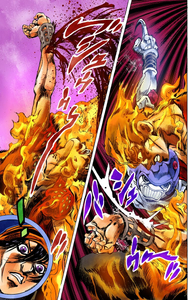 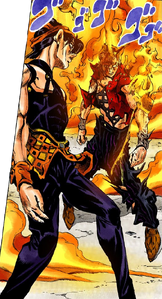 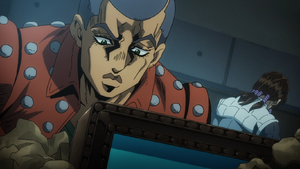 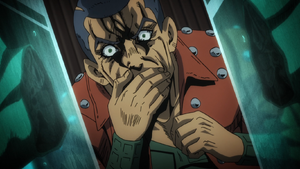 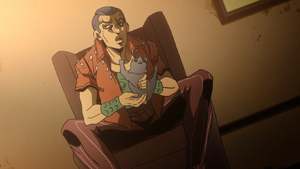 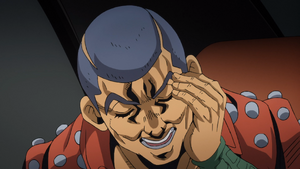 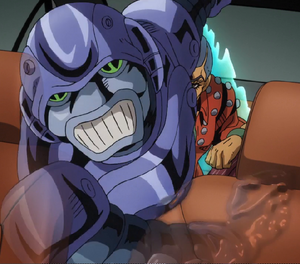 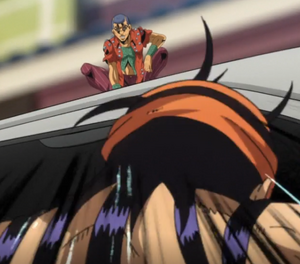 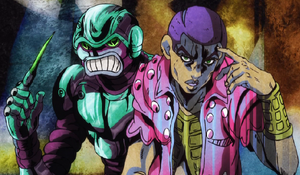 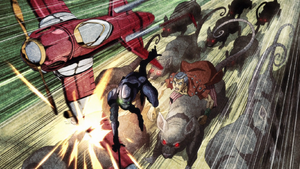