A pack of Ant Lords were lured to kill the children at a psychic school, killing the entire staff of the school by the time G3-X arrived. The Pedes reemerged two months later and began anyone who passed the ESP Quiz. The Pedes attacked the GA base upon sensing Mana's power but were fought off and killed by Agito, Gills, G3-X, & G4. The surviving Pedes later mauled to death Risa Fukami.

Numerous Formica Pedes appear in the World of Agito, where they serve their queen Formica Regia. They attack Shouichi Ashikawa due to him developing the power of Agito but are later destroyed by Kamen Rider Diend.

A duo of Formica Pedes later appeared among the monsters summoned by Super Apollo Geist with the powers he gained from his marriage to Yuki. They were combined by Apollo Geist to recreate Taurus Ballista.

The Formica Pedes were among the massive Dai-Shocker army in the World of Decade that fought against a gathering of 25 Kamen Riders. 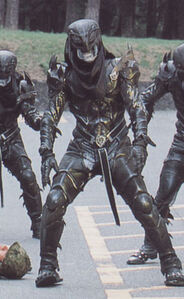 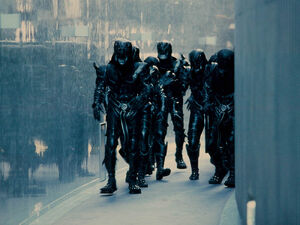 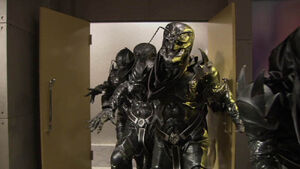 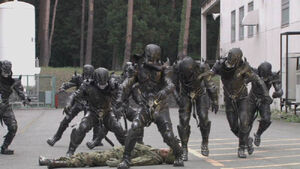 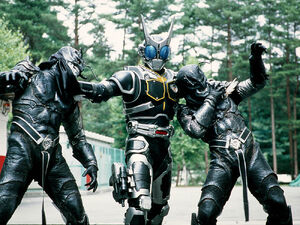