The Fossil Battleships are recurring bosses in the Darius series, appearing in all games. These battleships are the main attackers in the Belser army, always commanding Belser's forces in the front lines.

Being based on the original Thiima battleships, they were upgraded with a plate armoring, which makes the impervious to enemy fire, thus their only weak spot is the mouth, which is where its guns are stored. They are based on the coelacanth, which is what earned them the "Fossil" moniker.

The Fossil Battleships always appear early in the games, usually in the first or second stages. Their main form of attack is by shooting from the mouth, but they can also send drones or shoot their scales, which serves as both attack and defense.

King Fossil is the original Fossil battleship and also the most recurring one, the others being small variations of it. 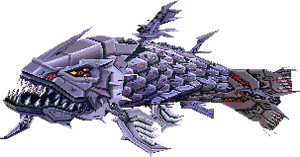 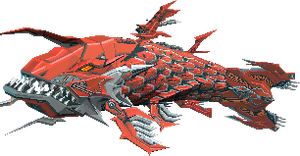 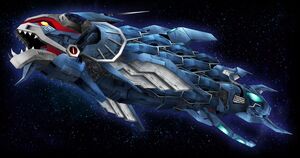 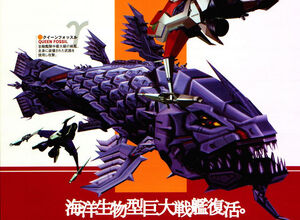 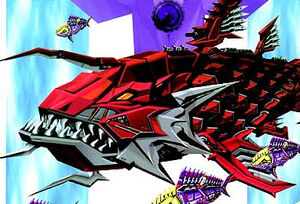 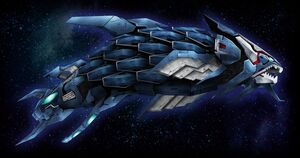 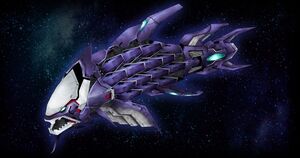 Knight Fossil
Add a photo to this gallery
Retrieved from "https://villains.fandom.com/wiki/Fossil_Battleships?oldid=2994472"
Community content is available under CC-BY-SA unless otherwise noted.