Attacking humans and other animals

The Fouke Monster (also known as the Boggy Creek Monster or the Southern Sasquatch) is a North American primate cryptid - it is described as a large humanoid similar to Bigfoot but has some differing traits, such as claws and a more aggressive nature, which makes it more like a Yeti or Devil Monkey.

The Monster is said to vary in size, with the original stories having it standing at around 7 ft in height while more modern sightings have topped the charts at nearly 10 ft in height, in all accounts it has long arms, sharp fangs and claws as well as thick fur, while the Bigfoot is a calm cryptid the Fouke Monster is infamous for killing livestock and even attacking humans.

While the entity has been around since pre-European times via Native American folklore the first real sighting of the monster proper would be in 1970, it would also serve to inspire innumerable films and documentaries, the most famous of which would be the horror docudrama known as "The Legend of Boggy Creek", as well as its numerous sequels.

in either 1970 or 1971 the Fouke Monster would enter infamy when it was reported to have attacked the home of Bobby and Elizabeth Ford late one night, according to Elizabeth the creature tried to enter the home and broke a long arm in through a window while she was sleeping on a couch but was chased off by Bobby and his brother, both of whom were deeply shaken by the encounter.

Apparently the family opened fire on the monster several times during the confrontation but could find no blood nor carcass to confirm what, if anything, had attacked them - investigation of the area found strange footprints, claw marks and a broken window but no sign of the monster itself.

after the initial sighting many other cases would arrive with locals claiming to have witnessed the monster, most notable was that in later encounters the monster would be blamed for missing livestock and would even attack local dogs - more strange footprints would be found and at one point hunters became so fixated on the monster that local police enforced a temporary "no guns" policy to try and keep public safety.

current interest in the Fouke Monster is mixed, with the monster still being popular due to the original story and the film franchises it spawned but recent sightings becoming more sparse, interestingly recent takes on the monster have seen it grow in size from its original.

Skeptics have long dismissed the Fouke Monster as pure fancy, especially since it is said to have only three toes and primarily attack at night - all known primate species have five toes and are active during the day, despite the science not seeming to add up belief in the monster continues to this day and like all other primate cryptid cases can neither be fully proven nor disproven by current evidence.

"The Legend of Boggy Creek" Franchise 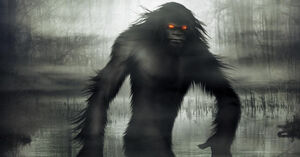 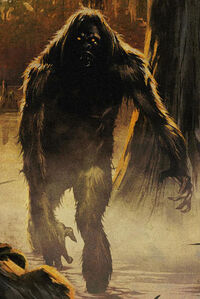 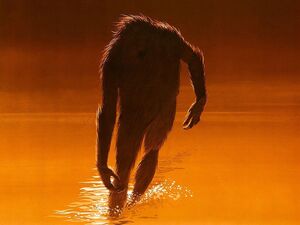