Villains Wiki
Register
Don't have an account?
Sign In
Advertisement
in: Kamen Rider Villains, Doctors and Scientists, Conspirators,
and 20 more

Conspirators
Foundation X is a recurring antagonistic faction in the Neo-Heisei era of Kamen Rider. They are an underground research organization focusing on illegal projects with phenomenal energetic potentials.

The massive projects they focus would provide in return immeasurable profit and research data from sponsoring different organizations to their respective project. They first debut in Kamen Rider W, sponsoring the Musuem for their Gaia Memory research, involving the investigating the true Gaia Memory and the artificial Gaia Memories. After Ryubee Sonozaki dies, the foundation takes over the Gaia Impact project.

But after the death of Jun Kazu, Foundation X cancels all Gaia Memory research to focus on other prospective projects, such as the O Medals and later the Cosmic Energy research of Mitsuaki Gamou. Foundation X is also known for creating Dummy Kaijin, which are kaijin that resemble and hold the powers of the kaijin they represent, but are actually manifestations of Gaia Memories, Medals, or Cosmic Energy.

All members of Foundation X wear white business suits, classifying them as both researchers and business merchants of death. 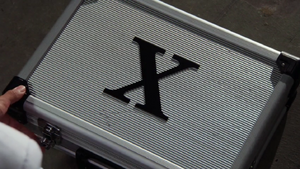 A suitcase with the Foundation X logo on it. 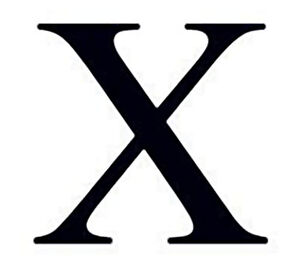