Unknown but they existed thousands of years ago

Each Beasts possess their own supernatural powers

Escape from their netherworld confinement and enter human realm.

The Four Saint Beasts are major antagonists in the Manga/Anime, Yu Yu Hakusho. They are a group of four powerful demons that were sealed away thousands of year ago, but want to escape the barrier and move to the human world. After they were denied passage, the Saint Beasts sent out some flies known as Makai Insects to turn the human into mindless zombies. So Yusuke was sent to take out each one of them. But Kuwabara decided to join and help Yusuke. And shortily after both Hiei, and Kurama joins the fight after. Each one of them fought one of the Four Saint Beasts, and all of them manage to defeat, or kill each one of them. 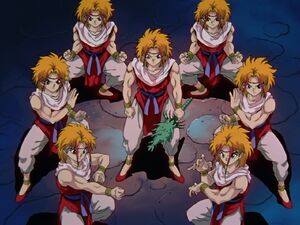 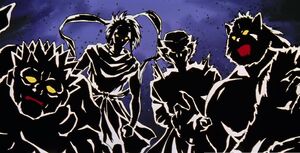 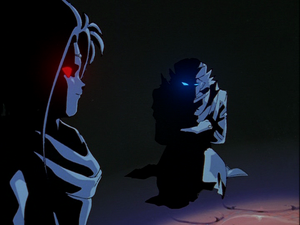 Add a photo to this gallery
Retrieved from "https://villains.fandom.com/wiki/Four_Saint_Beasts?oldid=3525134"
Community content is available under CC-BY-SA unless otherwise noted.